15 years of Health in All Policies (HiAP) in Thailand 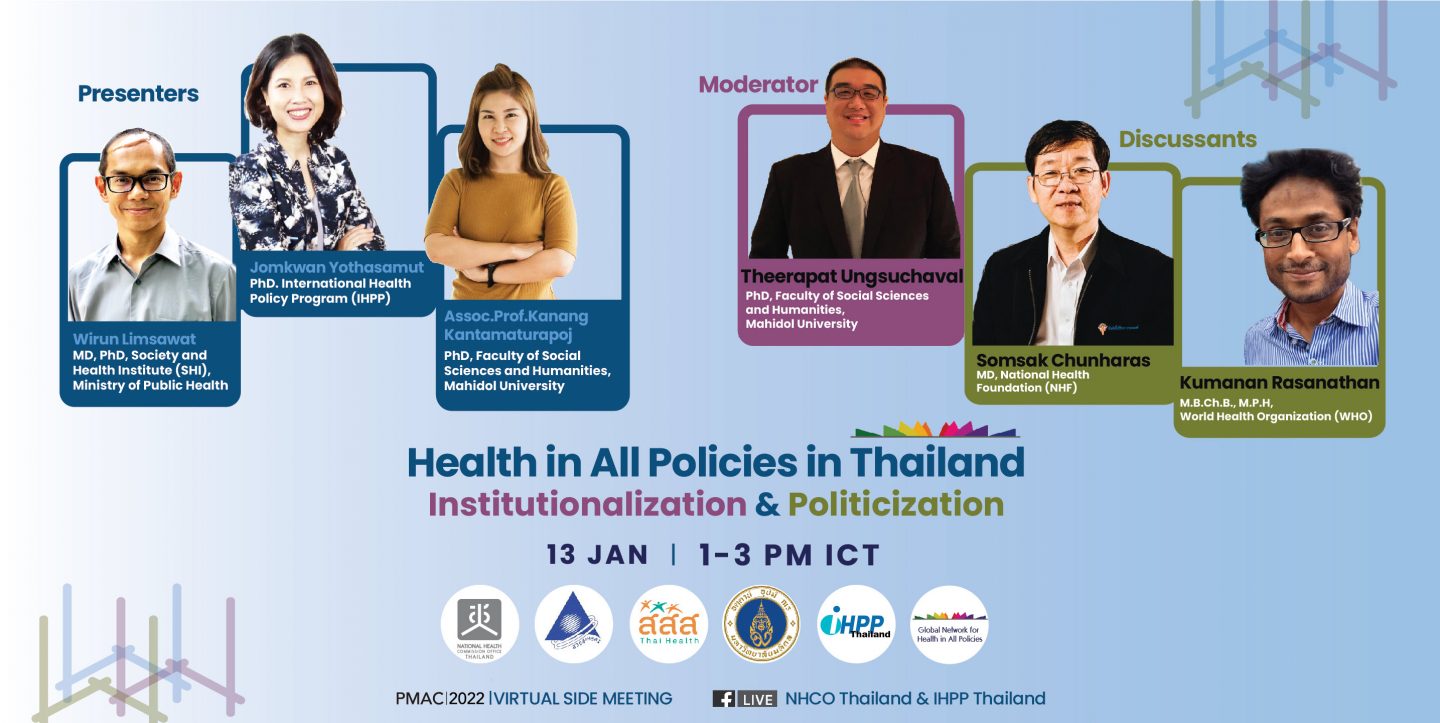 15 years of Health in All Policies (HiAP) in Thailand

Health in All Policies or HiAP movement in Thailand have been contributed to the country’s healthcare reform and institutionalized in Thai context through the implementation of the National Health Act B.E.2550 (2007) in 2007. The Act have been used as a mechanism to mobilize multisectoral actions from all sectors, to create a systematic reform of the national health system. The Act also encourage processes for healthy public policies development and strategies with participation from all sectors.

15 years’ experience of the implementation of Thailand National Health Act where HiAP concept has been applied can be beneficial for other partners planning to adopt such an approach to their settings. Therefore, Thailand National Health Commission Office (NHCO), the Global Network for Health in All Policies (GNHiAP), ThaiHealth promotion foundation, Health Systems Research Institute (HSRI), Mahidol University, International Health Policy Program (IHPP) and PMAC 2022 initiated a virtual webinar namely “Health in All Policies (HiAP) in Thailand: Institutionalization and Politicization” (January 13,2022) in order to review and discuss on key achievements of HiAP which drive better health governance and policy needed to advocate the implementation of HiAP.

To watch a key summary from the webinar click