An extraordinary governance architecture: The National Health Assembly of Thailand

NHCO / Story of the Month  / An extraordinary governance architecture: The National Health Assembly of Thailand 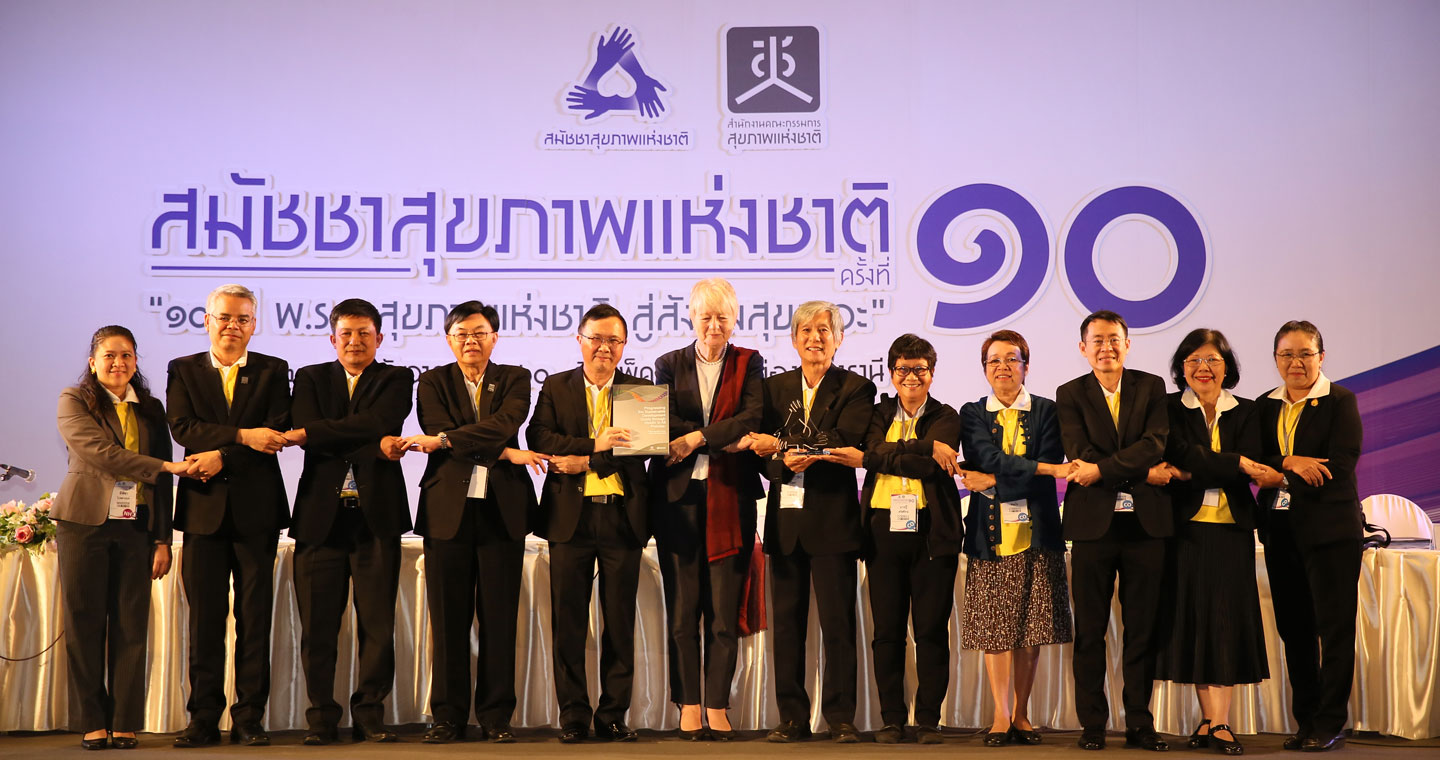 Towards the next decade of Thailand’s National Health Assembly: scaling it up to support the National Reform and linking health with environment and social issues.

The Thailand National Health Assembly (NHA) has become a tool to synergize all sectors to solve unsolved problems despite having policies but progress in action is still challenging. The Secretary General of the National Health Commission, Dr. Poldej Pinprateep, presented at the 10th Thailand NHA held on 20 – 22 December 2017 his vision for the next decade of the NHA to scale up an assembly movement and stated  that “the Assembly reflects the new balance of power that people can stand up and build their democracy by themselves;  not waiting for representative democracy or politics only.”

In addition to mark this 10th Anniversary of the NHA, Prof. Ilona Kickbusch, Director of the Global Health Centre at the Graduate Institute in Geneva, was invited to deliver the keynote speech at the Assembly. She praised the Assembly as a governance mechanism that develops public policy in a participatory manner and with evidence base.  Such an approach is particularly  important in our society where we are faced with various kinds of determinants of health. This Assembly process can make the achievement of the SDGs possible.

Prof. Kickbusch also emphasized that “health is not only a political choice but also an investment choice”.  If we want to build a democracy for health, we need to empower people with knowledge and invest in health literacy. The NHA is one of the tools to equip people with such necessary knowledge.

The assembly is an open-space for people and for the non-health sector to play an equal role with government agencies and the health sector to jointly determine healthy public policies. The consensus based resolution from the NHA is submitted to the National Health Commission chaired by the Prime Minister and further submitted to the cabinet. In this way, Thailand exercises soft power to implement health in all policies.

This most recent 10th Thailand NHA had 250 constituencies present with 2,200 participants from government agencies, academia, civil society and private sector throughout the country attending. The participants reached a consensus on four agendas, namely:

(1) Promotion of physical activity for Thai people at all age groups;

(3) Development of play spaces to enhance well-being of early childhood and primary schoolchildren; and

They vowed to continue mobilizing and implementing the resolutions they adopted. The key achievement of past NHA resolutions were also appreciated at this Assembly, e.g. the National Strategy on Anti-Microbial Resistance Management (from NHA 8 Resolution) already got approved by the Cabinet and policy-level committee and an announcement of the first National Health Charter for Buddhist Monks (from NHA 5 Resolution) was delivered.

The success of the Assembly relies on multi-sectoral collaboration from the health and non-health sector  as showed in the achievement of the past NHA resolutions.