A Green Way to EIA Reform at the 5th NHA 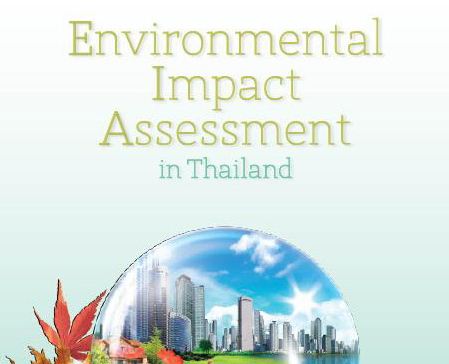 The 11th National Economic and Social Development Plan that has been implemented since October 2011 attaches great importance to green economy, natural resources and the environment.

The NESDB has planned many changes. They include taxation revamps to support income distribution, increase efficiency in the utilization of natural resources and create fairness in resource allocation and property ownership. There are also plans to accelerate the enforcement of environment-related taxes, offer promotional privileges to green industries, ban promotional privileges for the transnational industries that have severe impacts on the environment, implement tax-related measures to promote research and development projects of the private sector etc. Environmental impact assessment (EIA) is a major instrument for environmental management in Thailand. It must be completely reformed to support environmentally friendly development. EIA started officially in Thailand in 1981 as an important tool that governmental organizations use to decide on the development projects that may affect the environment and public health. Thirty-five kinds of projects are subject to EIA. They include land reclamation, mass transit systems with railways, many kinds of industries, airport construction, hotel projects, buildings with specified sizes, and irrigation. EIA comprises the assessment, prevention, management, reduction and verification of the impacts that may happen to the environment and health.

As the structure and system of EIA has not been improved to suit economic, social, and political changes for years, EIA becomes part of conflicts between project owners and communities or between the government and communities. People, especially those living in project sites, do not accept EIA reports. Some project owners consider EIA as an obstacle to their projects and do EIA reports only to win approval for project implementation without really following measures and recommendations in their EIA reports for the benefits of both operators and communities. Concerned organizations and persons are aware of the problem and have tried to reform the structure and system of EIA but they have not succeeded. Serious attempts happened in 2003 and 2004 when Praphat Panyachartrak was the minister of natural resources and environment and chaired a committee on EIA reform. However, he was excluded from the cabinet before finishing the task.

In 2007, health impact assessment (HIA) was included in the second paragraph of Section 67 of the constitution. When there were problems at the Map Ta Phut Industrial Estate about compliance with the second paragraph of Section 67 of the constitution, the four-party committee (chaired by Anand Panyarachun) improved EIA with the requirement of public participation, the specification of the kinds of projects that may have severe impacts on communities and the establishment of an independent organization on environment and health (an ad hoc body in accordance with a regulation of the Office of the Prime Minister). However, EIA was not comprehensively reformed at the time.

There will be another attempt of EIA reform in the 5th National Health Assembly that will take place this December 2012. All concerned parties in the government and the private sectors are aware that numerous problems exist and they are cooperating well to push for EIA reform. If the next attempt makes progress, it will help the 11th national development plan keep Thailand on its green way.