An academic conference on solutions to alcohol 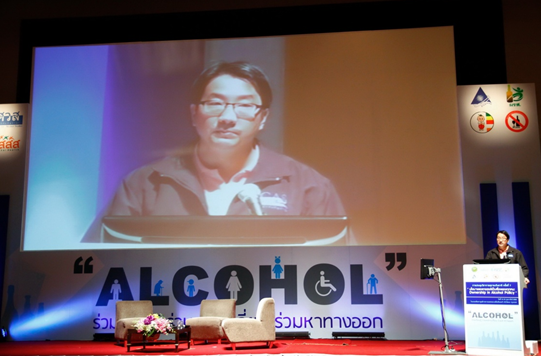 Dr Thaksaphon Thamarangsi, director of the Center for Alcohol Studies (CAS), said the  Center for Alcohol Studies (CAS) under the International Health Policy Program of the Thai Ministry of Public Health, has been funded by the Thai Health Promotion Foundation to organize the 7th National Academic Conference on Alcohol on the theme of “Ownership in Alcohol Policy” at Centra Government Complex Hotel & Convention Center on Feb 14 and 15. A large number of Thai and foreign experts, academics and campaigners attended the conference to exchange new information and academic knowledge and review lessons from the imposition of the Alcohol Control Act B.E. 2551 and experiences from anti-alcohol campaigns in various forms. The conference was aimed at improving operations to encourage concerned parties to participate and implement alcohol-related policies and prompting provincial alcohol control committees to take serious actions.