An independent organization for consumers is about to be founded, isn’t it?

Ruj Komolbut of the Faculty of Journalism and Mass Communication at Thammasat University asks if anyone has ever been in the following situations.

The expressway toll rises from 55 to 85 baht and state enterprises raise energy fees but we are unable to do anything or to verify an excuse for of the rises.

We can do nothing but to buy a set-top box when free broadcasts are withdrawn.

A newly bought brand-new car requires endless repair and no governmental organizations come to the rescue.

If a bus has an accident, passengers must sue by themselves because the government does not require fully comprehensive insurance for passenger buses and some buses are even illegal. 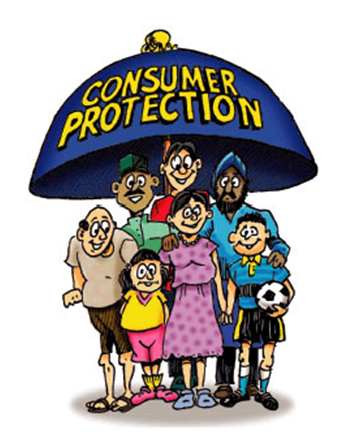 It is hard to know if consumed foods will harm health because messages on their labels are neither quite clear nor understandable.

It is impossible to avoid genetically modified foods or choose organic foods because manufacturers are not required to clearly inform consumers of such specifications on product labels.

The abovementioned problems should be considerably alleviated because the parliament is expected to consider within February a bill on the independent organization for consumer protection that a joint committee of the House and the Senate already endorsed.

If the parliament passes the law, Thailand will have the “Independent Organization for Consumer Protection” for the first time and it will be the second of its kind in Southeast Asia, after such a body in Singapore.

The incident that deserves to be recorded happened on October 6, 2010, when the House under the leadership of Chai Chidchob accepted seven bills on such an independent organization for consideration. They came from the cabinet, coalition parties, opposition parties (at that time) and 11,230 people.

While the bills were under scrutiny by a special Senate committee, then prime minister Abhisit Vejjajiva dissolved the House on May 10, 2011, and they were automatically dropped. The Yingluck Shinawatra government later resubmitted the bills to the parliament.

This shows that the governments of Mr Abhisit and Ms Yingluck and political parties attach great importance to the bills. This is a good sign indicating that politicians start to value the rights of consumers that mean the rights of everyone.

The funding rate of at least 3 baht per person reflects a very developed way of legislation because if the law stipulates that “the state allocates a sufficient fund annually”, the state can base the budget on “judgment” which may affect the independence of the organization.

Secondly, the independence means uncompromised checks on governmental organizations. For example, the independent organization can investigate why governmental organizations continue to tolerate the content of asbestos in products (including roof tiles) although it is banned in many countries. It can also examine whether increases in expressway tolls or energy prices are justifiable or are done for the benefits of vested interests.

Thirdly, the independent organization will be empowered to announce the products and the services that exploit consumers. Such warnings can contain problems. An example of the uncontrolled exploitation of consumers happened to the membership of a fitness club. Some members filed complaints with a governmental organization in 2009 that the club failed to meet its contract but the governmental organization never issued a warning. Consequently the membership of the club grew and the number of exploited members reached as many as 150,000.

Fourthly, the independent organization will provide one-stop services. As many as 13 governmental organizations in 11 ministries are tasked with food safety. The independent organization can receive food safety-related requests from consumers and forward them with its academic recommendations to prompt the governmental organizations to require manufacturers to include food safety warnings in product labels to meet consumers’ demands. For example, consumers may want the labels of food products to identify if they are genetically modified; actions against the baby milk  bottles that contain carcinogenic plastic and chemical residue in vegetables, fruits and meat; and the easily understandable labels of food products such as red labels to warn of excessive sugar or sodium content.

If consumer protection-related agencies continue to dispute with one another and remain weak, Thailand will certainly become a market of substandard products after the ASEAN Community is formed.

Fifthly, the independent organization will be authorized to file lawsuits through the attorney-general on behalf of consumers. For example, the independent organization can file lawsuits against the mobile phone operators that impose expiry dates to seize prepaid and unused mobile credits. With the authority, the operators that violate a ban on such expiry dates must pay fines to all exploited consumers and will not dare to defy the ban again. The fine rate is set at five times as much as seized credits. At present, a mobile phone user who loses a 10-baht credit due to a service expiry date is unlikely to lose his time filing a lawsuit to demand a fine of 50 baht.

Lastly, the empowerment of consumers is the task that governmental organizations hardly undertake but will be the duty of the independent organization. It includes support for consumers’ organizations that will be formed like the groupings of businessmen such as the chambers of commerce and industrial councils. Empowered consumers will be strong enough to cope with operators.

The parliament is expected to pass a law on the independent organization for consumer protection this February. The 15-year wait is about to end.