The National Health Commission Office (NHCO) – as the organization being responsible for building the healthy public policies – has encouraged the Department of Health, Ministry of Public Health and the Woman’s Health Advocacy Foundation to draw the Bill on Reproductive Health Protection B.E.

… Seminar was held on 16 August 2010 in order to present the background and substantial matters for raising the opinions and participation of all parties in order to find the agreed solution in the right way. 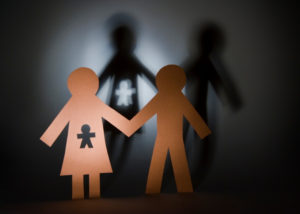 Despite the initial stage of opinion raising, the Bill on Reproductive Health Protection B.E. … or so-called “Bill on Teenage Pregnancy Protection” has drawn attention from all parties widely because the Ministry of Public Health reveals a shocking number of teenage pregnancy that is 262 teenagers a day.

Mrs. Kannikar Banteongjit; Deputy Secretary General of the National Health Commission disclosed the progress of the Health Assembly on the Bill and concluded that if the Bill could be enacted, the children and youths would be more protected. The Bill becomes interesting because of its developing process that applies the process of the Health Assembly. All opinions will be accumulated and debated until reaching the agreement of 24 Articles of the Bill. The drafting group will revise the Bill and pass it to the House of Representatives for consideration by September 2010.

The Health Assembly on the Bill came to the preliminary conclusion in 4 points as follows:
1. Health service institutes gives services and consultations on the reproductive health to
clients corresponding to sex, sexual lifestyle and privacy with quality and standard. Health service provider should give accurate and sufficient information to clients and not disclose the information or record of clients.
2. Educational institutes should provide sexual education and capacity building to students corresponding to their maturity and age in an appropriate manner. If students are pregnant, they can continue their study until giving birth of their child and return to study when ready.
3. The government and private sectors should not obstruct the maternity leave according to the law of breast-feeding promotion. Sexual harassment should be prohibited.
4. The government sector or enterprises should give aid, support and health care to pregnant employees who are not ready to have their children as well as the mothers and children suitably.
National Health Commission Office will bring all-around opinions in this issue to solve teenage pregnancy which is one of the 10 agenda items at the 3rd National Health Assembly in December 2010.

Mr. Meechai Werawaithaya; President of the Population and Community Development Association (PDA) as the expert, who has been awarded many world-class prizes about the family planning and rural development of Thailand, said for support and asked for schools to take action on it rather than complaining and insulting teenage pregnancy. The problems do not depend on the children, but on the silliness of the adult, who do not pay serious attention to the sexual knowledge and never give sexual knowledge seriously to the child. Supposing that I have a razor and I do not tell the kid that the razor is sharp and must be watched out, I should teach the kid when and how to use the razor.

Rise in teenage pregnancy rate in the globalized and capitalist society of Thailand causes the economic gaps, unfair society and bitterness that made everyone in Thai society to ask themselves whether it is a right time for all Thai citizens to cooperate and fight against the unfairness in order to lead their lives healthy and moral. Pushing forward the Bill on Reproductive Health Protection B.E…. , to be enacted and implemented, need public-minded citizens to join force to support the Bill.