Change for Better: Cycling is Cool and Healthy

A simple vehicle for all ages and gender, just grab a bicycle and you can stride on the saddle. Since its mechanism requires human forces, bicycles can not only take you to places without harming the world, but also help keeping you healthy.

Ranges of styles and prices of bicycles are available, from the cheap locally manufactured ones to the pricey imported bikes which are subject to additional taxes. 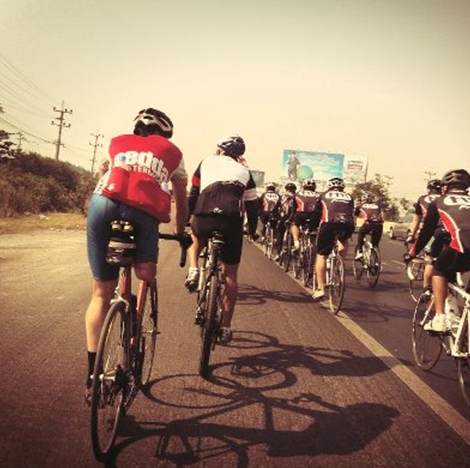 At the end of 2012, the National Health Assembly considered an agenda on the provision of system and structure to promote walking and cycling in daily life, which will be propose to the Cabinet. This is to promote the use of bicycle in daily life which can benefit in physical health

The National Health Assembly constituencies also proposed that the Ministry of Finance should set up tax measurements, similar to the First Car Scheme, in order to support and promote the use of bicycle in daily life.

Differences on usability, designs, brands, etc. are factors affecting prices of bicycles, let alone the bicycle import taxes imposed by the state which set the bicycle prices even higher.

Mr. Gawin Chitima, a member of the academic working group on the provision of system and structure to promote walking and cycling in daily life said that leisure bicycles are excised 30% of import tax by the state, while its competition rate is only 1%. The government should consider reduce tax to 5-10% so as to attract more cycle users.

While tax reduction is still on the way, good health cannot wait. Look for a fairly good bicycle, leave your world-polluting vehicle behind and let’s start pedaling!