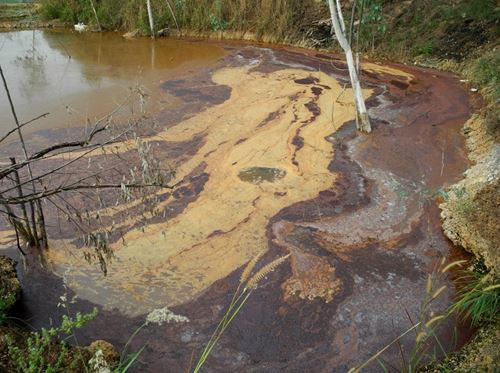 The National Health Commission Office (NHCO) together with health and environmental academics brainstormed ideas to cope with contamination in villagers’ water sources in Nong Nae sub-district of Chachoengsao province as it is surrounded by hazardous waste disposal plants, garbage dumps and ponds of wastewater. The Faculty of Medicine at Chulalongkorn University calls for close surveillance due to the possibility of chemical-related illnesses. Wastewater treatment facilities will be installed due to high levels of phenol and heavy metal contamination. The National Health Commission and the cabinet are urged to address the problem immediately.

On August 5, 2013, the NHCO, the Environmental Research and Training Centre under the Department of Environmental Quality Promotion, the Faculty of Engineering at Naresuan University, the Preventive and Social Medicine Department of the Faculty of Medicine at Chulalongkorn University and the Health Impact Assessment Consortium organized a seminar on guidelines and measures to rehabilitate areas contaminated with toxic substances in Nong Nae sub-district of Phanom Sarakham district in Chachoensao province. The seminar took place in the conference room number 210 at Ananda Mahidol Building in the Faculty of Medicine, Chulalongkorn University. 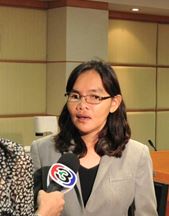 Miss Somporn Pengkham, director of the Health Impact Assessment Co-ordinating Unit of the NHCO, said Nong Nae was an important source of food as most villagers were farmers, grew rice, rubber trees, vegetables, mango trees and papaya trees and sold their produce to Bangkok and neighboring countries. In the past decade, operators bought local land plots and sold soil in the plots. The business resulted in a large number of laterite pits. In the past five years, other parties bought the pits and dumped industrial waste there. Besides, government agencies permitted the establishment of garbage disposal and recycling plants throughout Nong Nae sub-district. These cause severe chemical contamination in local water sources.

There are three groups of garbage disposal plants in the sub-district. The first one is a waste disposal plant of Fusion Company Limited that recycles oil. The plant is located near an irrigation canal and a tap water plant that supplies tap water to villagers. The second one is a plant of KSD Recycle Company Limited that treats wastewater and gets rid of industrial waste. It stands adjacent to the Tad Noi canal that is a natural source of water flowing into local villages and communities. The third one consists of the landfills of Soon Kamjad Khongsia Thai Co and the Bangkok Metropolitan Administration.

There are also deserted laterite pits and waste dumps covering 15 rai (24,000 square meters) in Moo 7 village and waste was illegally dumped there. Although wrongdoers took responsibility by treating wastewater there, villagers remain too reluctant to use water in the area. They filed a complaint with the office of the secretary-general to the prime minister. The matter was passed to the NHCO that was assigned to ensure the private sector to have proper wastewater treatment. The NHCO distributed maps of contaminated water sources to villagers and took part in working out methods to rehabilitate local sources of water so that it is safe for everyday consumption.

Miss Somporn said the NHCO together with experts from the Environmental Research and Training Centre under the Department of Environmental Quality Promotion of the Ministry of Natural Resources and Environment, the Faculty of Science of Kasetsart University, and the Faculty of Engineering of Naresuan University conducted tests for contaminants and planned the rehabilitation of Nong Nae. Tests initially found phenol in the environment and locals. The substance damages livers, kidneys and reproductive systems. They also found many carcinogenic heavy metals as well as hazardous but non-carcinogenic heavy metals like magnesium, lead, arsenic and straight-chain hydrocarbons. They are very dangerous to local people. There were announcements to prohibit the consumption of water in some pits. Miscarriage starts at some local pig farms and farmers must buy water from outside sources. This causes damage and increases costs and some farms were shut down consequently. There is phenol in blood samples collected from villagers. Autopsies on baby pigs reveal liver deterioration.

“If Nong Nae sub-district is declared a pollution control area, it will lead to systematic solutions and experts can be mobilized to rehabilitate its environment. The NHCO will report the problem to the National Health Commission and seek approval for the initial rehabilitation of contaminated areas. The issue will be later proposed to the cabinet.” 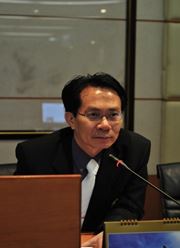 Prof Dr Pornchai Sitthisarankul, head of the Preventive and Social Medicine Department of the Faculty of Medicine at Chulalongkorn University, said he visited the area and learned about contamination in the sources of water that villagers used for consumption. He urged the Ministry of Public Health to monitor the possible impacts of toxic residue that can affect human bodies and to follow up the health of the villagers who come into contact with contaminated water in years to come. He cited that contamination from mining in the Klity creek and the explosion of a chemical warehouse at the Bangkok Port had long-term impacts on locals’ health.

It is also important to consider the treatment of the people who fall ill because of the contaminants and the parties that will offer compensation. There is not an environmental fund in Thailand. There is only the principle that calls for the industries that cause damage or pollution to give compensation. Therefore, there should be a specific law for the establishment of an environmental fund to take care of villagers and communities and the industries that produce pollution must contribute to the fund. 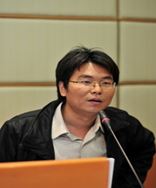 Tanapol Penrat, a lecturer at the Faculty of Engineering of Naresuan University, spoke of the rehabilitation of contaminated Nong Nae sub-district that a survey with the NHCO and the Department of Environmental Quality Promotion found at least 14 local water ponds possibly contaminated with chemicals. Initial tests found phenol in the environment and locals. The substance damages livers, kidneys and reproductive systems. The first priority is to treat contaminated water to make the water sources safe for consumption. The Faculty of Engineering at Naresuan University is developing instruments to completely filter out phenol and make the local sources of water safe.

It has come up with five suitable and convenient solutions for villagers: ultraviolet light treatment, chemical absorption, ozone treatment, chlorine treatment and electrochemical treatment. The Faculty of Engineering will select one solution and introduce it to villagers to ensure their participation.