NHCO / Story of the Month  / Hot Topic @ NHA 2013 : Framework for Implementation, Monitoring and Evaluation on National Non- communicable Disease Prevention and Control
by Pectcharath Kongvichienchep
Story of the Month, 2013 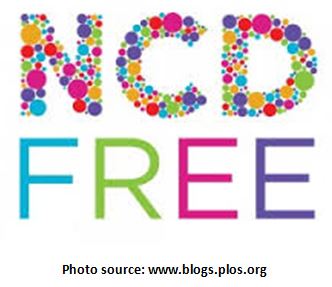 At the international level, the United Nations issued the Political Declaration of the High-Level Meeting of the General Assembly on the Prevention and Control of Non-communicable Diseases in 2011 as it realizes that solutions to the problems require multi-sectoral cooperation at both local and international levels and the integration of health services, other policies and economic and social development plans at all levels (health-in-all policies). The Global Non-communicable Disease Action Plan 2013-2020 is another tool to give guidelines to member countries with the mainly objective to enable them to reduce death and disabilities resulting from non-communicable diseases through the collaboration of parties at local, regional and international levels. The World Health Organization developed global goals and indicators in accordance with the political declaration and the 66th World Health Assembly endorsed them in 2013. The global indicators and goals will be used to monitor tendencies and evaluate progress in the local, regional and global implementation of an action plan for the prevention and control of chronic non-communicable diseases. There are 25 selected global indicators and nine indicators with goals (that set the required degrees of the reduction of the indicators within 2025.

Problems: Many agencies and networks are working on the issue in Thailand but they lack cooperation as well as common goals and collective efforts that will lead to effective solutions, especially to major risk factors including smoking, drinking, insufficient exercise and unhealthy diet.

Solutions (according to the 1st draft resolution):

2.  Improving the systems of reporting, monitoring and supervising the prevention and control of non-communicable diseases as well as sources of information, agencies in charge and evaluation timeframes

3. Developing national mechanisms to allow all parties to take part in preventing and controlling non-communicable diseases from the stage of policy development to the stage of implementation; and following up and evaluating the implementation seriously and continuously to reach national goals with the best use of existing resources and instruments and investment in what is still needed.