A seminar on the right to pass away in the terminal stage of life and its impacts on patients and doctors was organized at the Thai parliament building on June 10. It focused on the intention and impacts of a 2010 ministerial regulation on criteria for and implementation of “living wills” to refuse life-sustaining health services in the terminal stage of life. The regulation was issued by virtue of Section 12 of the National Health Act of 2007. The seminar also addressed the risks that doctors face when refraining from rescuing patients who exercise their right to die.

Dr Amphon Jindawattana, Secretary-General to the National Health Commission, said the ministerial regulation was not a law but a guideline for action in line with Section 12 that announces the existence of the right. The ministerial regulation contains clear guidelines regarding care for patients in their terminal stage. This does not mean that doctors will not treat patients who have made their living wills. Doctors will offer treatment in accordance with their medical professionalism. Doctors will not only follow the instructions in the living wills but will also consult with relatives of the patients. Doctors need not be afraid that they will be sued as long as they have consulted relatives of the patients.

Prof Sawaeng Boonchalermwipas, a lecturer at the Faculty of Law of Thammasat University, said the announced ministerial regulation has no impact on doctors because it does not have a legal status; it is merely the written version of the intention of the act and the NHCO only exercises its existing authority. The right to have living wills belongs to patients. If doctors doubt the authenticity of a living will, they can consult relatives of the patients before taking any action.

Dr Wisut Latchasevi, Assistant Secretary-General to the Medical Council of Thailand, asked whether lawmakers take it for granted that patients at the terminal stage of life will suffer from severe pain and want to pass away. He commented that the law has been passed without proper knowledge of facts. He claims that with this law, doctors are at risk, regardless of whether they follow the living will or not. Mercy killing cannot be cited as an excuse. If the law is to be enforced, Dr Wisut said, the NHCO must be the sole enforcer and certify and verify such living wills. He said the enforcer might be considered as violating Sections 157 and 291 of the Criminal Procedure Code. Section 157 states that any person who is a competent official who conducts his duty improperly or refrains from conducting his duty so as to cause damage to any person, or conducts or refrains from conducting his duty corruptly, will be subject to imprisonment from one to ten years, or fined 2,000 to 20,000 baht, or both imprisoned and fined. Section 291 concerns manslaughter. 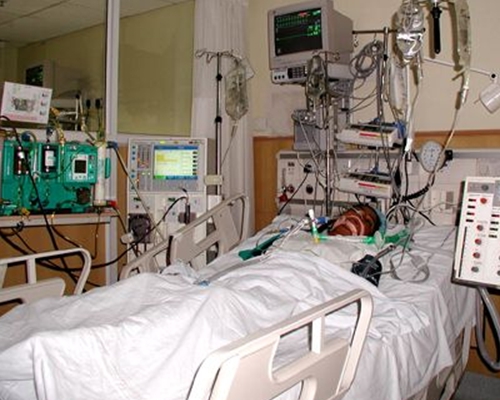 It was reported that the administrative subcommittee of the Medical Council of Thailand has already issued a six-point guideline for doctors to follow when they receive a living will:
1. Doctors who receive a living will must verify that the respecttive patient produced the document consciously, possibly in the presence of a doctor. Under this circumstance, doctors will follow the living will of the patient except for cases under Clause 6.
2. The living wills that do not fall into Clause 1 must be proved that relevant patients really produced them.
3. Pending the verification of the authenticity of living wills, doctors must treat patients in accordance with their medical professionalism.
4. Judgment on the terminal stage of life rests with doctors who should do so objectively and according to the prevailing circumstances.
5. Doctors should not withdraw ongoing treatment.
6. If a doctor and a patient’s relative develop a dispute on the authenticity of a living will, the doctor should advise the relative to go to court.