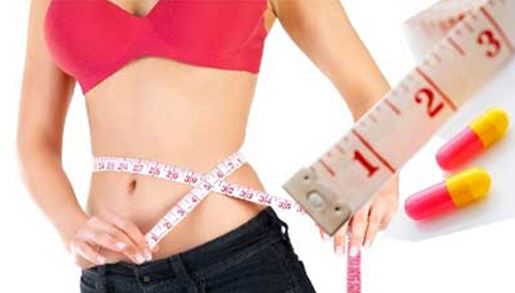 The National Broadcasting and Telecommunications Commission (NBTC) joins forces with relevant organizations to cope with misleading advertisements of drugs, foods and health products in accordance with a resolution of the National Health Assembly as there are misleading advertisements on local television programs, community radio programs and the internet that can bring danger to consumers. The NBTC together with the Food and Drug Administration (FDA) will terminate the licenses of corrupt broadcasters. Meanwhile, police are seriously watching out for wrongdoers.

In the latest development, the National Health Commission Office (NHCO) organized a forum on collaboration to protect consumers from illicit advertisements of drugs, food and health products. The forum addressed issues about misleading advertisements of such products.

Dr Amphon Jindawatthana, secretary-general of the National Health Commission, said the NHCO together with relevant partners were handling misleading advertisements of drugs, food and health products on radio, television and the internet in accordance with the resolution of the 4th National Health Assembly in 2011 because misleading advertisements were increasing rapidly especially on new media.

The National Health Assembly resolved to support the development of strategies, law enforcement and education to protect consumers from misleading advertisements and back efforts to promote public participation in the matter nationwide.

Supinya Klangnarong, a National Broadcasting and Telecommunications Commissioner, said the NBTC signed the agreement with the FDA and relevant organizations last year but it is about take serious actions this year because the issuance of satellite and cable television licenses had been delayed. The issuance is over 98% completed. With the issuance of the licenses, the NBTC has more authority to deal with operators. Yet, problems remain with radio operators because it has issued licenses to only 2,000 operators out of over 8,000 applicants. Besides, 1,500 other broadcasters do not seek a license and this causes a double standard.

“Those who receive licenses from the NBTC must comply fully with the regulations of the NBTC while those who do not seek a license are beyond the NBTC’s authority and responsibility. If they do wrong, police must arrest them. This delays management. The NBTC is trying to speed up the regulation. However, to regulate radio broadcasters with licenses is only a short-term solution because there are a large number of them and their number is quickly growing. They need only a transmitter that costs them 50,000 baht. A long-term solution is that the NBTC will try to realize digital radio next year if the bidding contest for 24 digital TV channels is successful. This is to relieve problems about community radio and signal interference.”

Last year the NBTC together with the FDA monitored cable and satellite channels and ordered the removal of misleading advertisements that violate Section 41 of the Food Act B.E. 2522 (1979). The NBTC will take special consideration on the license renewal requests of the operators who defy the order.

Ms Supinya also said that a decision to declare any advertisement a misleading one must be confirmed by the FDA and the process took months. If the FDA improves its system, the process should take only a few weeks.

Dr Srinuan Korrakochadkorn, the FDA deputy secretary-general, said the FDA cooperated with all organizations to effectively enforce consumer protection laws. It will also amend three laws concerning food and medicinal products. They are the Food Act B.E. 2522 (1979), the Medicine Act B.E. 2510 (1967) and the Cosmetics Act B.E. 2535 (1992). The fine against parties producing misleading advertisements or failing to obtain approval from the FDA will be increased from 5,000 baht to up to 500,000 baht. If misleading advertisements are continuously displayed after the first fine order, wrongdoers will also face a daily fine of up to 1,000 baht.

Those who repeat wrongdoing will have their licenses suspended and their registrations revoked. The radio and television broadcasters who tolerate the advertisements that the FDA considers as misleading will have impacts on their requests for license renewal. The FDA will also improve its system to accelerate its investigation into misleading advertisements.

Pol Col Paithoon Khumsaprom, deputy commander of the Consumer Protection Police Division (CPPD), said there were more channels to deceive consumers but police were seriously suppressing wrongdoers. The CPPD uses both preventative and suppressive measures to cope with misleading advertisements. Regarding the prevention, it conducts campaigns through various kinds of media including leaflets and websites to educate consumers about dangerous products. This is to reduce the channels of wrongdoers. Regarding suppression, the CPPD operates a unit to monitor programs and advertisements around the clock to arrest all kinds of wrongdoers.

Assoc Prof Dr Niyada Kiatying-Angsulee, manager of the Thai Drug Watch, said the participation of communities was developed through three means. Firstly, people are educated about misleading advertisements so that they can help watch out for illicit advertisements. Secondly, the mass media are taught to distinguish between legal and illegal advertisements. Thirdly, educational institutions are asked to lend a helping hand.

The Thai Drug Watch is implementing pilot projects to educate people in four provinces of four regions about misleading advertisements. It focuses on solving problems about medicines in the northern province of Phayao. In the southern province of Songkhla, it is tackling problems relating to direct sales. In the northeastern province of Khon Kaen, victims of misleading advertisements are sharing their lessons with general people. In the Central Plain province of Saraburi, there is a project with the NBTC. Such pilot projects will expand to ten more provinces by this year’s end.