NHA discusses the impact of medical hub on the poor

Turning Thailand into a regional medical hub, revived recently by the Abhisit government amid serious concerns over the effect on health care for Thais, was put on the agenda of the third National Health Assembly. 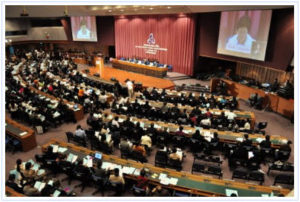 NHA deputy chairman Surapote Suwanpanich said it was decided the issue was important enough for discussion along with seven other major health issues because of the impact it would have on Thai society as a whole.

The other items are solving healthcare inequality; marketing control of breast-milk substitutes; access to
medical health services for the disabled; unwanted pregnancies among teenagers; an asbestos-free so
ciety; tobacco control measures; and policies on area-based health management.

The medical hub policy, initiated by the Thaksin administration, has been reinvigorated by the Abhisit government in a bid to promote Thailand as a centre for regional health care and attract foreign patients to high-end medical services at lower prices compared to the West.

However health academics, economists and activists are concerned the policy would tighten access to the national healthcare system for the needy.

The medical hub concept has almost reached the end of its initial phase. Phase 2 will take development plans through to 2014.

As part of the measures to promote the hub concept, the Board of Invest¬ment recently decided to expand investment privileges for hospitals which plan to import medical equipment.

Dr Surapote said the Board of Investment (BoI) should consider any resolutions emerging from the NHA before pressing ahead with its own incentive plans as business-oriented policies could have a negative impact on public access to the national health system.

“There is still insufficient study on the pros and cons of the medical hub project. Its impact on the majority of
the population in terms of medical access should be researched and discussed among those who have a stake in it,” said Amphon Jindawatthana, secretary- general of the National Health Commission.

The BoI has been invited to explain to the NHA its reasons for speeding up the medical hub policy through expansion of investment promotion schemes to cover 30-bed hospitals in¬stead of 50-bed hospitals, he said.

Industry Minister Chaiwut Bannawat said previously that this would give hospitals exemption from tax payments for five to eight years. Imported medical instruments would not be taxed to help upgrade standards.

But Dr Amphon said he had doubts about whether the health investment plans would contradict the health statute adopted in 2009 by more than 20,000 representatives from government agencies and provincial authorities, academia, the private sector and civil society.

“The government needs to prove if the medical hub policy is actually for all of the people or just for some,” he said.

Nongluck Pakaiya, a secretariat of the NHA’s medical hub policy working group, said there was no substantial evidence as to how the BoI measure would help boost the country’s overall financial situation.

Private hospitals depended on income from foreign patients living in the country while patients flying in from overseas to receive medical services in Thailand account for only 27%, according to a study, she said.

Somchai Pinyopornpanich, director-general of the Health Services Support Department which oversees the medical hub policy, said the department could not put it into practice because of a shortage of doctors. The Public Health Ministry was able to license just 2,500 doctors a year.

The NHA, which is held once a year under National Health Act 2007 rules, provides a platform for state, private and civil sectors to exchange views on crucial health issues and make recommendations on public health policy. The three-day assembly, held at the UN’s Escap office on Ratchadamnoen Nok Avenue, ends on 17 December 2010.