NHAOC raises health concerns about children addicted to games and the Internet. Meanwhile, monks suffer from many illnesses. It includes the issues as the agendas of the National Health Assembly together with seven other agendas aimed to promote healthy public policies.

Mrs Sirina Pawarolanwitthaya, President of the National Health Assembly Organizing Committee (NHAOC), held a press conference on the 5th National Health Assembly set at the Bangkok International Trade & Exhibition Centre (BITEC) in Bang Na district from Dec 18 to 20, 2012, with the theme of “Health in All Policies”. She said preparation for the organization of the assembly made good progress, especially on the public policies that the assembly will discuss. In the past year the NHAOC considered 55 proposals from 52 concerned organizations and partners nationwide and they will be on the nine agendas of the assembly. The nine agendas are:

1. Supportive system and structure for walking and cycling in daily living;
2. Transforming health professions’ education in response to the current situation of the country;
3. The 24-hour management of enabling environment for children: a case of Thai children and IT;
4. Monks and building well-being;
5. Food safety: solving problems from agricultural chemicals;
6. Reform of environmental and health impact assessment systems;
7. Prevention and mitigation of health impacts from biomass power plants;
8. Management of smoke haze that affects health; and
9. Coping with health impacts from entering the ASEAN community

Technical working groups will be formed to present problems and systematic solutions. 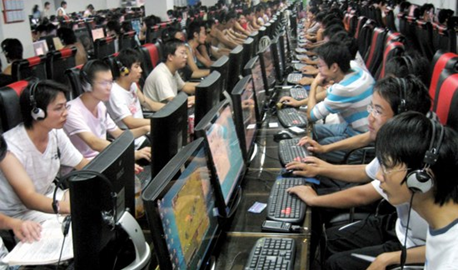 Mrs Sirina also said that public policies in the nine agendas would be selected by their urgency, meaning that they had to be implemented within this year. The NHAOC has two serious concerns. Firstly, young Thai people are addicted to games and the Internet so much that the addiction is affecting their well-being. As Thailand is entering the new world of high-speed technologies, children who are the future of the nation must be taken care of and protected immediately. Secondly, monks on whom people depend spiritually are facing many illnesses because people’s wrong ways of alms-giving. There must be quick solutions to ensure monks are healthy enough to help people in general.

Thailand has a national committee on the development of safe and constructive media for five years. A deputy prime minister heads the panel and relevant problems have been discussed since then. However, control on the games that children – those under 12 years of age – play has never been achieved. There are proposals to require the registration of players who must input their ID card numbers to verify their ages, to rate games to limit games for children aged under 12, to limit the period of children’s playing games at two hours and to cap their spending on items in games at 100 baht per day or week. Such systems that can control the children who play games disappear when some experts argue that games are useful.

Tablet computers are being distributed as IT devices to first-grade pupils who are seven years old. The children must be under close supervision because they are not mature enough to use such devices properly. Unless families, communities and society control their access to games, first-grade pupils will be easy prey for online game providers.

Assoc Prof Dr Adisak Plitponkarnpim of the Child Safety Promotion and Injury Prevention Research Center who is a lecturer at the Department of Pediatrics of the Faculty of Medicine Ramathibodi Hospital and the head of the academic working group on “The 24-hour management of enabling environment for children: a case of Thai children and IT” said Thai children’s addiction to games and the Internet became a crisis of the Thai society. About 10-15% of students are totally addicted to games. They play games and use the Internet for hours per day and this is affecting their physical and mental health as well as their development. Addiction to games and the Internet is about to be defined as an illness. The American Psychiatric Association includes it in the 5th criteria for the medical diagnosis of mental disorders that will be implemented in 2013. As far as medicine is concerned, there are four signs of children’s addiction to the Internet. Firstly, children use the Internet for hours per time and they are not keen to do other activities. Secondly, children want to play games and use the Internet increasingly. Thirdly, children cannot stop using the Internet and attack those who are stopping them. Fourthly, children suffer from health impacts and isolate themselves from families and society.

Assoc Prof Dr Adisak also said that a survey on people aged 7-25 by the National Statistical Office found that the people who excessively use the Internet are 15-25 years old. Of the people, 40% use the Internet 3-4 days per week and 25% do so more than 6 days per week. They play online games 4.5 hours a day. The business of online game shops consequently grows by 19% annually on average. The value of the business is estimated at 3.7 billion baht and it increased by as much as 2.16 billion baht in the past five years. TOT Plc reported in 2010 that the number of registered online game players rose from 1,651,211 lines to 4,502,516 lines. The expansion of high-speed Internet services including wi-fi and 3G networks and Internet cafes are the key to the success of online games.

“The use of various forms of electronic media and IT services for hours a day affects the body, mind and development of children. In the United States, the American Academy of Pediatrics found in its survey that the children who use electronic media for seven hours a day on average have learning, eating and sleeping problems, attention deficit disorder and obesity. Popular electronic media among American children are the Internet and cell phones. Contents in the media concern violence, sexual intercourse and the use of addictive substances such as liquor and cigarettes. These can cause both short and long-term behavioral problems,” Assoc Prof Dr Adisak said.

Dr Ekachai Piansriwatchara, head of the Home Health Care group under the Department of Health, said there were over 300,000 Buddhist monks in Thailand. Fifty percent of them suffer from non-communicable chronic diseases such as diabetes, hypertension, ischemic heart disease and hyperlipidemia and 45% are overweight. The first cause is food. Buddhists usually give the foods that cause non-communicable chronic diseases to monks. The second cause is the lack of exercise. A quarter of monks work out regularly and the rest either hardly exercise or never do. The third cause is smoking. Forty percent of monks smoke. Twelve percent of Buddhists give cigarettes to monks and 90% of smoking monks buy cigarettes. Besides, monks regularly drink coffee and have more than two bottles of energy drinks per day. This causes economic impacts. The government spent 56.4 million baht on medical treatment for the monks who sought services at Priest Hospital in 2006. Besides, although health security covers monks, they have problems of accessing medical services.