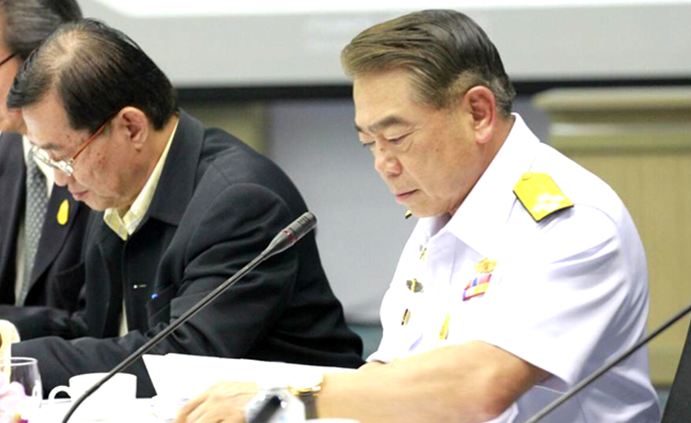 The National Health Commission is proposing the National Council for Peace and Order (NCPO) gives a green light to setting up the “People-oriented Health Zones”, as a mechanism based on participation by both the state and the people sectors, that integrates every agency involved in health systems in each region, with the common goal of benefitting the people. It also plans to push forward the resolutions from the Seventh National Health Assembly, on the theme of “Health Reforms under the National Reform”, to the National Reform Council. 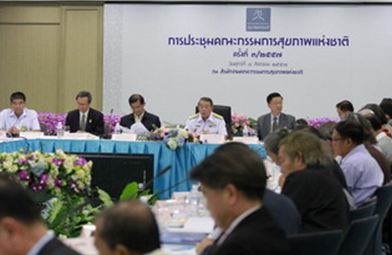 Admiral Narong said the NCPO’s national reform policies cover eleven areas, one of which is health. Incidentally, the National Health Assembly also issued a recent resolution on health system reform under the national reform. Some of the key issues were thus raised during the meeting, which proposed the NCPO approve the setting up of “People-oriented Health Zones” as one major mechanism of region-based health reform campaigns.

The People-oriented Health Zone is not based on any one line of command or structure or administrative area, but is more a collaborative mechanism for every key agency working on health, such as the MOPH, NHSO, NHC, THPF, universities, other state agencies, local administrative organizations, the private and peoples’ sectors. Provinces are grouped into zones, about 12 or 13 for the whole country. To encourage collaboration among agencies in accordance with their respective mandates, the Area-Function-Participation (AFP) principle serves as a guideline for health development that meets the different situations in each area, thus allowing integration of work and efficient use of resources to achieve greater productivity and not adding burden to the national finances.

NHC board Dr Narongsak Angkasuwapala said, “The People-oriented Health Zone is a new mechanism under the national health system that allows every agency tasked with healthcare to come together to shape the direction of healthcare service in each zone and to take joint responsibilities in accordance with their organization’s jurisdiction, resulting in an integration of operation that fits with the real situations in that region.”

NHC secretary general Dr Amphon Jindawatthana, serving as secretary to the meeting, concluded that the proposal will be presented to the NCPO to seek its approval. In the mean time, the NHC has approved setting up a working committee to develop the formats of this People-oriented Health Zone, and appointed Dr Narongsak Angkasuwapala, as NHC board member and representative of the peoples’ sector, to be the chairperson in charge of developing formats and details on the roles, duties and components of the committee, selection process, administration and supporting infrastructure. The programme will not entail setting up of any new structure or request for additional budget, but will rely on the existing resources of the different agencies and will solicit opinions from different sectors and alliances as well.