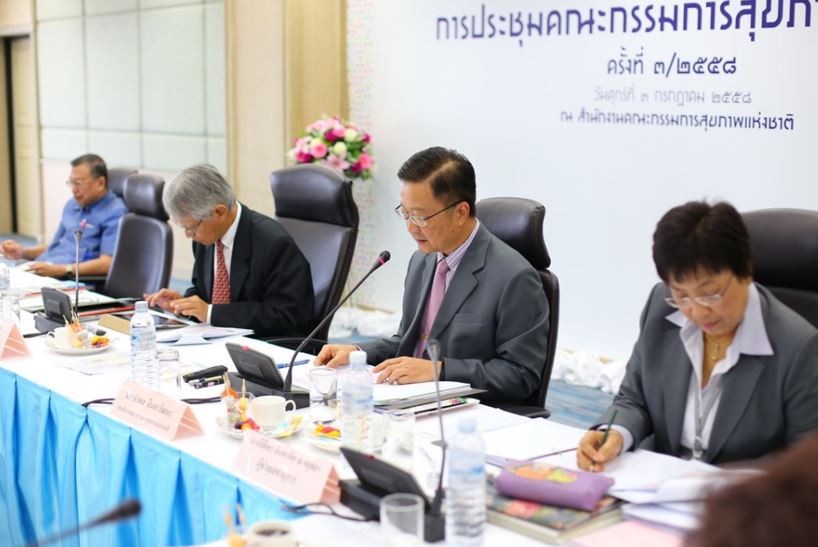 The National Health Commission (NHC) called for the global blacklisting of white asbestos or chrysotile and demanded Thai participants in the forums of the Rotterdam Convention have correct knowledge on its dangers and watch out for distorted information. The commission also urged the Ministry of Public Health, the Thai Health Promotion Foundation (ThaiHealth) and consumer protection organizations to share correct information with constructors and protect laborers nationwide.

The National Health Commission met on July 3, 2015, to acknowledge progress in the implementation of the resolution of the National Health Assembly on “measures to clean asbestos from Thailand”. Deputy Prime Minister Yongyuth Yuthavong chaired the meeting where Public Health Minister Rajata Rajatanavin was present. 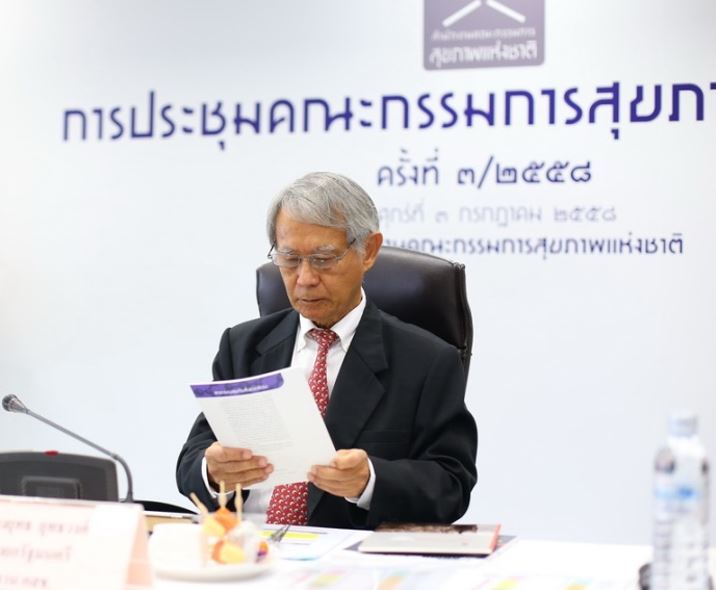 Prof Dr Yongyuth said the meeting urged the Ministry of Public Health to quickly send a report of a committee studying the impacts of asbestos on dangers resulting from the inhalation of and contact with asbestos and a document on the standpoint of the World Health Organization to a Thailand-based representative of a sub-committee on the Rotterdam Convention on the Prior Informed Consent Procedure for Certain Hazardous Chemicals and Pesticides in International Trade (RC). This is a mechanism under the National Environmental Board to determine Thailand’s stance in relation to the convention. 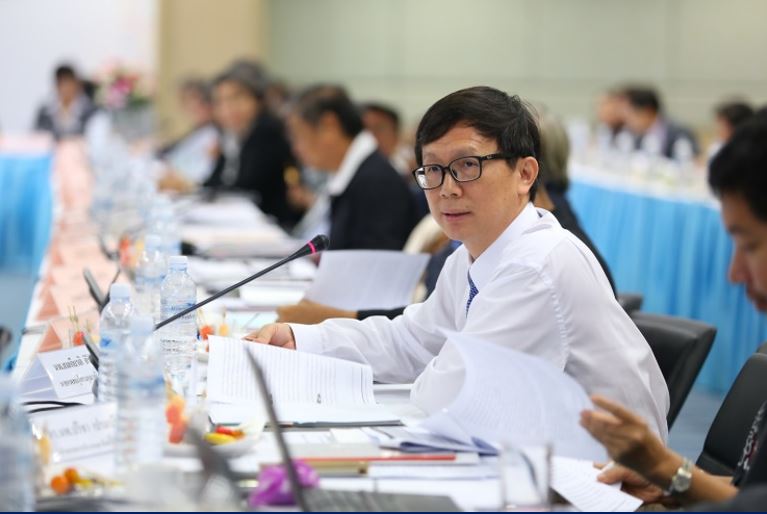 Dr Somkiat Siriruttanapruk, a senior expert of the Department of Disease Control, told the meeting that the National Health Commission always emphasized the provision of correct, clear and updated information on the dangers of chrysotile because companies affected by a ban on asbestos asked the Ministry of Public Health to permit the use of chrysotile in Thailand. They claimed that the Rotterdam Convention COP7 Meeting in May 2015 did not include chrysotile in the list of hazardous chemicals under Annex III. They also referred to a document of the International Chrysotile Association (ICA) that supports the use of chrysotile.

The National Health Commission Office of Thailand (NHCO) organized a meeting of experts from concerned agencies including the Food and Drug Administration and educational institutions to consider facts on chrysotile presented in a forum of the Rotterdam Convention in June. The meeting learned that the forum did not reach a conclusion but acknowledged health impacts on professionals and general people. Consequently authorities of many neutral countries are concerned. They want to protect their citizens and thus support the registration of the asbestos as a hazardous chemical.

“As many as 37 signatories to the Rotterdam Convention have supported the inclusion of chrysotile in the Annex III of the Rotterdam Convention. It is the hazardous chemical that harms public health and the environment and more signatories have given the support. What is difficult is that such a forum needs a consensus, not a majority vote, to reach a resolution. The signatories that oppose it are the major exporters of asbestos. So, it is very difficult to reach a consensus.”

After an extensive discussion and consideration of technical data from many sources, the NHC assigned the Ministry of Public Health to inform a committee on hazardous substances of the health impacts of chrysotile as a fact-finding committee of the ministry already reported to the cabinet. This is to encourage the committee to list chrysotile as a Type 4 hazardous substance of which the production, import, export and possession are banned. It also asked relevant organizations including ThaiHealth, the Ministry of Public Health, the Office of the Consumer Protection Board and other consumer protection organizations to explain the dangers of chrysotile to suppliers, users and constructors. Professionals’ organizations including the councils of architects and engineers are already aware of its health impacts.

The NHC also assigned a committee implementing and following up the resolutions of the National Health Assembly to adjust the measures to clean asbestos from Thailand to respond to changing situations. This includes the safe level of asbestos in workplaces under the Labour Protection Act of B.E. 2541 (1998) to be reduced from up to 5 fibers per cubic centimeter of air to 0.1 fiber per cubic meter that is the standard of the American Conference of Governmental Industrial Hygienists in order to protect workers. It also proposed that a national garbage bill require the manufacturers of products containing asbestos to buy back contaminated garbage.