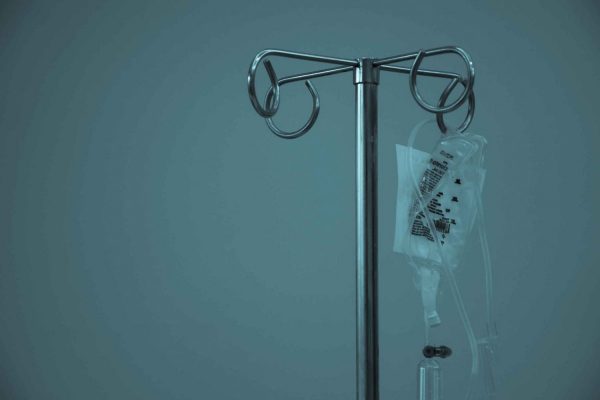 Photo by Marcelo Leal on Unsplash

One of the big agendas of the health system in Thailand at this time is the issue of transferring the missions of the Nawamintharachinee 60th Anniversary Commemoration Health Center and the Sub-District Health Promoting Hospital to the Provincial Administrative Organization (PAO), which is in accordance with the announcement of the rules and procedures of the Committee on Decentralization of Authority to Local Administrative Organizations which has been in effect since 19 October 2021.

Throughout the past 7 months, despite the ongoing progress, it shows a number of obstacles on the other side, which happen both in terms of thinking and practicality, as they may not be fully consistent with the goals or needs of each party.

Amid the current situation, another party that is determined to play a central role and facilitate the mission during this period to ensure its smoothness as much as possible is the National Health Commission Office (NHCO), as an organization that coordinates with agencies on health policy and strategy in pursuit of the essence of National Health Act, B.E. 2550 (A.D. 2007).

At the meeting of the National Health Commission No. 3/2022 on 9 May 2022, Dr. Satit Pitutecha, Deputy Minister of Public Health as the Vice-Chairman of the National Health Commission resolved to acknowledge the support and promotion of people participation in the primary care system in the areas where the Sub-district Administrative Organization (SAO) is transferred to the Provincial Administration Organization (PAO).

Meaning of such resolution is that, from now on, the “NHCO” is going to be another part of the task of coordinating the relevant strategic partners. It will be ready to plan the action in a variety of areas to support the transfer of Sub-District Health Promoting Hospitals, which will start within 1 October 2022, to ensure its optimum benefit on the concept of the process “Participatory Public Policy”.

Dr. Preeda Taearak, Deputy Secretary General of National Health Commission, Thailand, explained what will happen next is that NHCO will work with relevant strategic partners, including government agencies, academic departments, mass communication, and locality, preparing a memorandum of cooperation between agencies to enhance the health tasks of PAO, as well as supporting the primary care system and the transfer of Sub-district Health Promoting hospitals.

In this regard, the upcoming activities consist of “curricular development” by organizing short-term, medium-term and long-term training courses for the director of the Public Health Division, PAO, as well as relevant agencies at the local level.

The next part is the organization of the local health assembly process to create participation in the preparation of “area based health development plan”. Moreover,  it supports the establishment of a “Provincial Fund”. The NHCO will coordinate to see how to benefit from the existing funds at the area level for various agencies, such as the NHSO or ThaiHealth for the overall driving of health tasks at the provincial level.

At the same time, there will be support from many PAOs which are active and well prepared, Suphan Buri, Nakhon Sawan, Nakhon Ratchasima, Surat Thani, etc., to be “pilot provinces for transferring Sub-District Health Promoting Hospitals” in order to be a model area for systematic operations and build confidence for personnel and people in the area.

At the same time, there will also be academic preparation, such as the preparation of the “Area Operational Transfer Handbook” as a guideline for the Provincial Administrative Organization (PAO), Thammasat University and Sub-District Health Promoting Hospitals, which are in the process of development, along with organizing a forum to exchange knowledge about the transfer process by organizing various public forums in several areas.

“The action plan after this is to set up training courses to develop executive potential, personnel of the Public Health Division, Provincial Administrative Organization and Sub-District Health Promoting Hospitals to be transferred, as well as developing the PAO pilot area to enhance the potential of the local administrative organization personnel to be efficient, allowing them to be able to take responsibility for primary care and take care of people in the area to achieve good health”, Deputy Secretary-General of the National Health Commission states the plan.

Dr Wichai Chokwiwat, Chairman of the Executive Committee, NHCO, reiterates that the mission of transferring health facilities and Sub-District Health Promoting Hospitals to the Provincial Administrative Organization is considered a big deal and will have impacts in many aspects on people and stakeholders. It is therefore imperative that the NHCO pay attention and participate in the steering process in order to ensure that people will benefit more from this transfer.

“The problems that arise at the moment are diverse and different based on the area. Therefore, a big question for the transfer mission is what will people get? How will the officials be affected? Then, we have to look at what we can do in order to get the most benefit for the people while contributing to the least impact on each party,” Dr Wichai said.