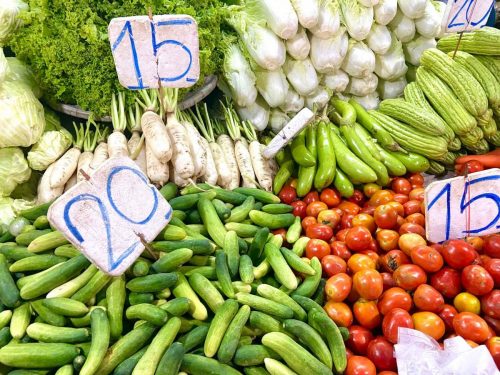 NHCO supports the Participatory Regional Health Commission of all health districts to be a steering mechanism in terms of ‘food,’ ensuring food security-safety as the global crisis begins severe

Photo by subhajit ganguly on Unsplash

The NHCO strengthens the power of the “Participatory Regional Health Commission” in 13 health districts across the country, sharing and learning how to drive “food security-food safety” issues after being recognized as a major global crisis. The office wishes to be a central mechanism that integrates the policy sector into field work, as well as being a platform to gather proposals and support the government sector as a new dimension of people’s politics.

Mr. Witoon Lianchamroon, Director of the BioThai Foundation, reveals that not only are food security issues present in Thailand, but they are also a serious issue to deal with around the globe. The Food and Agriculture Organization of the United Nations (FAO) says the food price index is now at its highest since 1961. Likewise, the US Secretary of State says the world is currently facing the most tremendous food security crisis in our time while Thailand itself claims in a statement of the Ministry of Commerce made on 8 March that the consumer price index or headline inflation is now at its highest in 13 years, or since 2008.

Mr. Witoon says that even though the situations taking place have caused food prices to rise, most Thai farmers have not gained any benefit from the food price crisis, as they have to bear higher costs as well. During such a crisis, the people affected most are the poor and low-income people as they face difficulties in accessing food. At the same time, in terms of food safety issues, according to the European Union (EU), Thailand is an exporter of fruit and vegetable produce that contain exceeding amounts of pesticide residues. “Thus, urgent needs to cope with within the next 1 year are food prices and expensive production factors, followed by the issue of accommodating vulnerable groups in the areas, alarm systems, unsafe food management, as well as policy proposals during local and national elections. Whether or not the Participatory Regional Health Commission will be able to act as a mechanism to drive these issues to be effective, it is something that requires our follow-up and participation,” says Mr. Witoon.

Dr. Preeda Taearak, Deputy Secretary General of National Health Commission, Thailand, says the role of the Participatory Regional Health Commission is set to be a mechanism for policy coordination and integration of the participation of different sectors involved in health operations at the local level in all 13 health districts across the country. The roles are enforced under the compositions of personnel, experts, whether from the public, private, civil society, or local communities, as well as professional organizations, who will be working on the development of the health system by linking it to goals, plans and other district-level mechanisms.

Dr.Preeda, says that, with respect to the goals for 2021-2022 aimed by the Participatory Regional Health Commission, Districts 1-13, there is a total of 54 issues, among which food safety or food security has been an important joint agenda for several areas. Therefore, it is an opportunity to bring such cases to discuss to obtain a concrete drive and set it as the foundation for cooperation that can further continue to exchange work.

Dr.Pongthep Wongwatcharapaiboon, Director of the Office of Health System Development Support, Thai  Health Promotion Foundation (ThaiHealth), says that the mobilization of the people’s sector to take part in the ownership of the health system will be an important step to support work of the government sector that involves certain limitations and lacks flexibility due to complicating process regulations. As a result, it may be an obstacle to solving health problems. Therefore, if the Participatory Regional Health Commission is able to include the people’s sector to work with the government sector, agencies and departments, it can be a promising sign that our health system will be improved.

Mr. Araya Rojanavanichakorn, Advisor to the Deputy Minister of Public Health, says that the food steering issue at the national level is set under the National Food Board Act, B.E. 2551 (A.D. 2008), which was established to be the major structure along with the other 4 committees. However, the problem of this structure is about its large components. Even though it is the main host, it is unable to be productive and work in time, while also lacking participation. As a result, it becomes a challenging pain to know how to make this mechanism more effective.

Mr. Araya says that, at the same time, Thailand is having (draft) Thailand’s Food Management Action Plan Phase 1 (2023-2027), which aims to be used as a framework for the country’s food management. Under 6 goals, 18 indicators, 4 strategies and 52 key projects, in this section, the Participatory Regional Health Commission mechanism can be referred to as a reference in driving work, requesting budget, or even supporting different matters.

Dr. Prateep Dhanakijcharoen, Secretary-General of National Health Commission, Thailand, says that, during the past election campaign for the Bangkok Governor for Bangkok – the capital city of Thailand, people’s networks and academics in Bangkok have gathered to take advantage of opportunities to make policy proposals on various issues including food security in the city. It creates an atmosphere of participatory public policy development process which is a new political direction and serves as a lesson for the next major election that may take place soon.

Dr.Prateep, says that, besides food security issues, it will enter the period of restoring the quality of life of people after the Covid-19 crisis. One of the important processes is the National Health Assembly, with the main idea of ​​creating health equality as well as organizing the health assembly of each province. At this point, if the provincial mechanisms combine with the Participatory Regional Health Commission, and issues of each area are brought into discussions to analyze and crystalize into a policy proposal, in a similar way as Bangkok, it can help create a new dimension in politics in the upcoming major elections.