Many grey areas about the impact of the ‘living will’ need clarifying. “If the time comes when I can no longer take part in decisions of my own future, let this statement stand as an expression of my wishes, while I am still of sound mind.” “If the situation should arise in which there is no reasonable expectation of my recovery from physical or mental disability, I request that I be allowed to die and not be kept alive by artificial means or ‘heroic’ measure.”  If finally Thai people get to write up their “living will”, a document that states the intention of a dying patient, it would read something like the above.       An allowance for such a document, which proponents claim guarantees the Thai public the right to die with dignity, is enshrined in the National Health Bill, the latest law endorsed by the National Legislative Assembly. However, the clause has been the subject of intense debate since the law was passed. The “right to die” section reads as follows: “A person has the right to make a document stating his or her intention to not receive any healthcare service that serves only to delay his or her death. Compliance with the intention expressed by the patient in the above-mentioned document shall be conducted in line with protocol and criteria under regulations that are yet to be defined by the Ministry of Public Health. “Health professionals shall be required to honor the intention as stated in the patient’s documents and by so doing, they shall not be held responsible for any resulting consequence.” 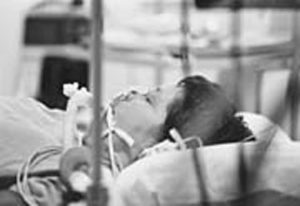 People who voiced their concern against the section argued that the wording of the law is too vague for such an important decision. They worry that the section, when put to use, will generate complicated legal complaints instead of allowing people to die with dignity as intended.       Pioneered by medical professionals, health advocates and non-governmental organizations on consumer rights, the National Health Bill was first drafted in 2000 with the high hope that it would serve as a cornerstone for the nation’s health reform process – a comprehensive “health constitution” that covers not only physical and mental well-being, but also the social and spiritual aspects of human health. The draft was subjected to a number of public hearings and consultation with more than half a million people at both provincial and district levels across the country. After the many years of preparation, its eventual passage early this month was thus hailed by supporters as a success for the public.

The bill has now been presented for Royal endorsement and, when granted, will be published in the Royal Gazette. After that, state agencies, particularly the Public Health Ministry, will be able to issue regulations to put the bill into practice.       On the argument that the right-to-die is important and complex enough to deserve a law of its own, Amphon Jundawatana, secretary to the Public Health Minister and president of the National Health System Reform Office, which is now the main non-governmental organization pushing for the bill, said that it is likely to be so. The National Health Bill is very much like a constitution. Each section will need an organic law when put into implementation, he said.

He added that the living will section is mainly designed to give people a right to live or die with dignity when they are fully conscious to make that decision. There are many patients who are unconscious and unable to go back to live a healthy life but are kept on a respirator mainly due to the love and good intentions of their family members.       This condition opens opportunities for the medical supply industry and hospitals to exploit such love for their private gain.       “The more advanced the medical technology has become, the longer patients can stay alive, sometimes without being conscious. But is it really what we want when the time comes? No one would know except ourselves. The living will can be useful in this case for people who intend to die naturally, without being tortured by respirators and forced to live by modern but costly medical technology,” Dr. Amphon said. A sample of the living will reads like this: “Death is as much a reality as birth, growth, maturity and old age – it is the only certainty of life. If the time comes when I can no longer take part in decisions of my own future, let this statement stand as an expression of my wishes, while I am still of sound mind. “If the situation should arise in which there is no reasonable expectation of my recovery from physical or mental disability, I request that I be allowed to die and not be kept alive by artificial means or ‘heroic measures’. I do not fear death itself as much as the indignities of deterioration, dependence and hopeless pain. I, therefore, ask that medication be mercifully administrated to me to alleviate suffering even though this may hasten the moment of death.”

Dr. Amphon insists that every Thai has the right to express his or her will to die naturally, but only when they are still of sound mind. He also maintained that the section has nothing to do with mercy killing, which gives doctors the right to pull the plug on unconscious patients.       Still, he realized that many people remained opposed to the latter allowance. Thailand was not ready for this, he said.       Kullaphol Phollawan, senior public prosecutor of the Office of the Attorney-General, said that in its present shape the law is ambiguous. “Many grey areas need to be clarified. Important rights should not be limped together in a few clauses of the section,” he said.       Some critics said that the last sentence in Section 10, the right-to-die section – “health professionals shall be required to honor the intention as stated in the patient’s document and by so doing, they shall not be held responsible for any resulting consequence”, can be interpreted as a broad clemency that will allow medical practitioners to get away with malpractice.       The bill’s proponents, however, argued that even with the “living will” document, doctors can still be sued by other legislation, such as criminal law.       If there is to be any dilemma, it will be in the area of organ donation. The bill, which obviously does not cover this issue, could become problematic because doctors cannot pull the plug on dying patients who are willing to donate their body parts for transplants. Will they allow this if the same person states in the living will that he or she does not want life to be prolonged by machines? So far the ministry has made no clarification on this matter.

Dr. Amphon suggested that one solution would be for the ministry to include the Medical Council’s guideline regarding medical examination standards into a related ministerial law. According to the guideline, doctors can terminate treatment to brain-dead patients following a doctor’s examination, a passage of six-hour symptom speculation and upon receiving an approval of three medical specialists and the hospital director.       Further details about the format of the living will, the minimum age of people eligible to make it and who could represent the patient’s consent in case of emergency, should be clarified in the ministerial law as well, he suggested.       Amid the ongoing debate, Rujanee Saengtalaeng, a representative of the Consumer Rights Protection Foundation, reminded that all stakeholders should think about the intention and spirit of the bill which endorses public participation and rights over their life, and not leave it in the hands of relatives or doctors. Worrying too much about possible legal problems could damage the core concept of the bill, she said.

The Public Health Ministry has accomplished an achievement by drawing up the bill. The next step would be to hear what members of the public think about it during the upcoming process of drafting the ministerial law to implement the bill.       “It’s time to get the living will started and to work together to make it happen, rather than battling against one another which is only a waste of time,” Ms. Rujanee said.