Statute on the National Health System B.E. 2552 (2009) Towards the well-being of Thai people

The Statute on the National Health System B.E. 2552 (2009) results from the National Health Act B.E. 2550 (2007). It was promulgated in December 2009 and is an important legal tool to ensure the well-being of Thai people regardless of classes, races, religions and financial statuses. The statute sets health frameworks and strategies in all dimensions and includes the participation of communities, local administrative organizations, provincial authorities, the government and other social organizations involved in public health. 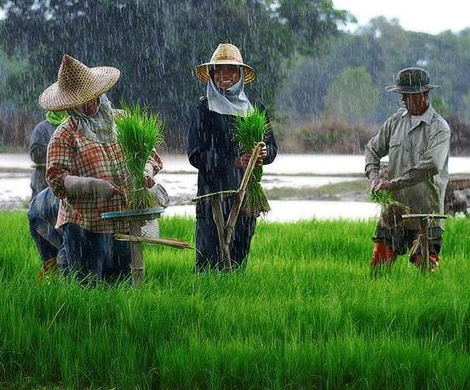 Health promotion strategies of the statute are on the theme of “Prevention is better than cure”. The strategies are aimed at reducing illnesses, disabilities, untimely death and people’s health expenses and prompting the government to implement disease prevention and control measures for the sake of people, decentralize power to local administrative organizations, empower communities to protect themselves from health threats and introduce efficient primary health care or family doctors that people can depend on when they fall ill.

In the past four years, the implementation of the Statute on the National Health System was successful and made remarkable progress. Policymakers and local authorities used the statute as a basis for the implementation of their action plans. There are as many as 40 local health system statutes at the levels of villages, sub-districts, districts and provinces. There are also issue-based health statutes. They include the health statute of Cha Lae sub-district in Singha Nakhon district of Songkhla province. It is the first sub-district health statute of Thailand and the world that covers spiritual health because it requires people of Cha Lae to follow the fifth Buddhist precept (no alcohol drinking) and at least another precept in the five basic Buddhist precepts.

Meanwhile, the health statute of Pueay sub-district in Lue Amnat district of Amnat Charoen province is outstanding for encouraging locals to take part in developing health security and thus wins an award for the concrete participation of partners from the National Health Security Office (NHSO) in a fair on the enhancement of local potential for the sustainable well-being of communities. Other issue-based health statutes are the health statute of Muang Mo sub-district of Phrae province that supports the establishment of a local health management learning center at Innovation School in Muang Mo sub-district and the health statute of the Phumi river basin in Songkhla province that is an agreement of locals on the fair allocation of resources. They are in compliance with the National Health Act B.E. 2550 (2007) that emphasizes the participation of communities in actively designing their own health care and with the policy of the government to support the development of well-being for people at all levels.

There are also attempts with partners to push for health statutes on important issues. For example, the National Commission on Human Resources for Health organized a discussion on a human resources plan to introduce family doctors to develop desirable primary health care. The discussion led to the formation of a subcommittee to work out a strategic plan on health personnel in six months. Other attempts are made through the National Health Assembly including the development of traditional Thai medicine, folk medicine and alternative medicine into main health care together with modern medicine, and the establishment of Thai Medical Hospital in Phang Khon district of Sakon Nakhon province that is the first and model Thai traditional medical hospital under the Statute on the National Health System B.E. 2522 (2009). The hospital provides medical checks, treatments, herbal compress massage, herbal oil injection and fortune telling.