The innovative National Progress Index has been developed to measure Thailand’s economic growth and progress in all aspects, as well as to be used as guidance for national development. 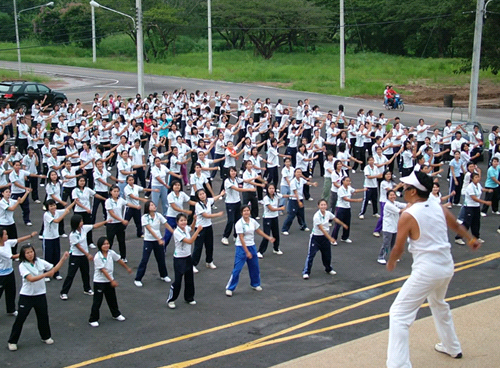 Mr. Viboondhat Sudhantanakit, Director-General of the National Statistical Office, has recently conducted a public survey on national progress with 106,620 respondents. The results reveal that health is considered the most significant aspect in life (74%), followed by working (69.9%), and family and community life (51.3%). The most significant aspects for the country are considered as follows: 61.6% education; 59.8% working and career; and 57% economic status. The survey results demonstrate that people do not place the economy as the top priority, neither at the individual nor national level.

Thai Health Promotion Foundation manager, Krisada Reung-areerat, states that if the country is directed onto the wrong path, the people will be unhappy and progress will consequently be hindered. It used to be claimed that when the national economy improves, the country progresses but this myth has already been proven wrong. The survey results now show that most people prioritize health and education over the economy.

This survey on public opinion was developed to determine relevant indicators and expose real needs voiced by the people. The results will be used to guide directions for public policies and procedures in cooperation with all sectors, state and private, for the development of the country.

The director of Vitheetat Institute, Dr. Tianchai Wongchaisuwan, disagrees with the use of GDP as indicators of economic advancement and country progress as it is based on capitalism which solely emphasizes economic growth.