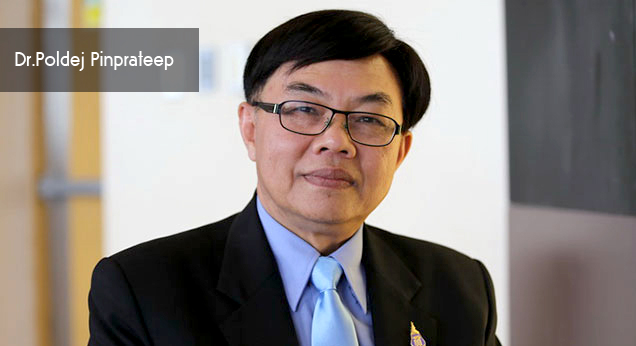 First of all, I would like to greet you all and officially inform you that I have now taken the mission at the National Health Commission Office (NHCO) after Dr. Amphon Jindawatthana has finished his second term. I knew that I would presume the position of the Secretary-General of National Health Commission seven months ago. I therefore had ample time to prepare myself for this prestigious mission.

At the hand-over ceremony on 1st July 2016, personally I was impressed by a warm welcome and a powerful atmosphere. I am grateful to Dr. Narongsakdi Aungkasuvapala, Chairperson of NHCO Executive Board, who witnessed the ceremony. I also would like to thank all staff who flawlessly organized this ceremony.

Apart from a big pile of documents related to Secretary-General’s duties, I received the 8 X 8 formula from Dr. Amphon. This formula is a cryptic clue for achievement. Dr. Amphon gave eight advantage points of the 2007 National Health Act and the social wellbeing movement. On the other hand, he pointed out eight challenges for the future missions of  NHCO.

I take the opportunity today to briefly express my determination and commitment that under my four year term, I would like to take NHCO to achieve three goals.

The extent of our achievements in the goals leans on the unity of NHCO family and collaboration from the social wellbeing movement which is interconnected throughout the country.

The baton that I have taken on that day is not an ordinary stick that the first runner handed off to me. In fact, the baton is the torch, giving us light and warmth which guides our way to achieve the goals.