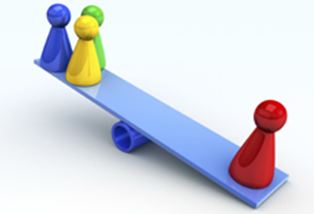 1. Doctor and Patient Relationship
Doctors and patients have developed conflicts for a long time. Patients and their relatives are upset with medical treatment. They assume that doctors provide them with substandard treatment which affects the life of patients and they bring such disputes to court. Meanwhile, doctors insist that they have done their best. Although Section 40 of the 2002 National Health Security Act ensures initial compensation, it does not end the conflicts. Later there is the Medical Malpractice Bill which becomes a hot potato because it brings about strong disagreement.

2. Hospital Liquidity
Hospitals have had liquidity problems since 2010. Of 875 hospitals under the jurisdiction of the Public Health Ministry, 261 hospitals have their liquidity crisis and the National Health Security Office must help by allocating more money to the hospitals. The problem must be solved systematically. Budgetary allocation should be based on population distribution. The capitation of the NHSO for the hospitals based on the number of local people may not be sufficient and the returns of health personnel should reflect their work burdens.

3. A shortage of doctors
Doctors gather in cities and there are not enough doctors at primary care facilities. Most patients must struggle to seek medical services in urban areas. Crowds of patients and fully occupied seats at large hospitals are a common sight. Public hospitals are always overwhelmed with doctor brain drain. Many parties have proposed solutions. Some parties propose public hospitals be separated from the Office of the Civil Service Commission so that they can create job positions without having to wait for a decision from the central level. Other parties suggest public hospitals stay with the Office but the government should provide them with significantly better benefits.

6. A shortahe of health pereonnel and equipments at hospitals
Over 9,000 public health clinics have been upgraded into sub-district hospitals. The development has led to the improvement of buildings, the replacement of hospital nameplates, the deployment of more health personnel, databases, and online connections to general hospitals to provide people with better services. However, the shortage of health personnel and equipment remains.

7. Health promotion
There has not been a concrete health promotion effort to prevent illnesses and thus reduce medical treatment spending, especially that for chronic diseases. Besides, budgets must be allocated properly for health promotion.

8. Consumer protection
Consumer protection tasks concerning unregistered health-related products including cosmetics, foods and medicines as well as fake and fatally harmful products must be carried out in a well organized manner instead of being occasional arrests.

9. Pending health related laws
The pending laws include a health service law that suppresses sex trade in disguise of spa parlor services and the six sub-laws of the 2008 Alcohol Beverage Control Act that requires written warnings on the packages of alcohol beverages and ban iced blended liquor, liquor sales in a 500-meter radius of schools, drinking on the load compartments of pick-up trucks, the sales of liquor in state-owned stadiums and private-owned stadiums except in the clubhouses of private-owned stadiums, and drinking and liquor sales in factories.

10. Conflicts within the Public Health Ministry
The conflict withinh the Ministry affacts the organization’s image, although it is not yet the public’s concern.  The latest different views on the rights to health on living will seems to be the never-ending story.

These ten challenges ae waiting for solutions from the new public health minister.