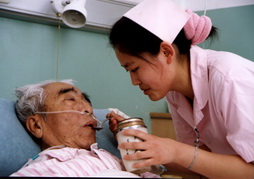 When medical errors happen, most of the victims remain silent, few ask for justice with lengthy legal actions. The conflicts between patients and doctors has continued to increase due to following reasons; emerging the right based society in Thailand that replaces the patronage based society, awareness on human right protection, increasing commercial public healthcare, capitalism, and role of media.

2) Reduce law cases between patients and doctors and;

3) Improve the public health system from the case studies on medical errors.

The Public Health Ministry organized public hearings which more than 300 health professionals attended and submitted it to the Cabinet. As of now, the Cabinet has approved the draft bill and passed it on to the Parliament. This bill comprising 50 Articles has 6 following significant points.

2) The compensation fund is financially contributed by the government and all types of hospital;

3) Victims are entitled to receive no-fault compensation without waiting for the case to reach conclusion;

4) Patients or their families can file their cases within three years but no later than 10 years;

5) Victims can sue health professionals although they have been paid compensation. If both sides sign a compromise contract, it can be used to reduce or void punishment;

Dr Amphon Jindawatthana, Secretary-General of the National Health Commission said “the compensation fund will extend the compensation system from UC to other health security systems which will cover more victims suffering from errors in medical prognosis and treatments.” This issue were brought to the 1st National Health Assembly in 2008. The constituencies adopted the resolution on building relationship between patients/ their families and doctors/health professions. “More than 1000 people from 180 constituencies comprising people sector, academic/professional sector and government sector joined the National Health Assembly and resolved to push forward the draft bill in order to improve the understanding of both sides.,” said Dr. Amphon.

Dr. Pongpisut Chongudomsuk, director of the Health Systems Research Institute – the agency drafting the bill from the beginning – believed the draft bill will help reduce the number of lawsuits against doctors, and at the same time help develop patients’ safety within the medical system. He is positive that, with such a law in place, the doctor-patient relationship will be better in the long run. “The compensation for patients facing medical errors would be a safety net for the patients, and a tool to improve the national public health system: from fixing blame, to fixing the problem; and to change from a culture of blame to a culture of safety,” Dr Pongpisuth said. Dr Vithoon Eungprabhanth, an academic at Thammasat University’s Health Laws and Ethics Centre, said the requirement under the new draft law for private hospitals and clinics to contribute to the fund could spark criticism against it by some groups of medical doctors. Private hospitals back the idea of suspending this draft from parliamentary consideration. “Unlike state hospitals for which the Ministry of Public Health bears the risk of medical errors by doctors, private hospitals will have to do it by themselves.

Undoubtedly they do not want to be included in the draft bill since it will also require them to pay more for the fund,” Dr Vithoon said. Despite the good will of the draft bill, some doctors have been misunderstood wearing black against the bill. The Medical Council has exercised pressure and urged the Cabinet to suspend the draft legislation. “The compensation fund will only add burden to the government in the long run. People would stop coming to state hospitals while private ones increase fees. It’s the patients who have to suffer more.” Dr. Somsak Lolaeka, President of the Medical Council, said This controversial bill will be soon submitted to the Parliament.

In the meantime, the National Health Commission Office (NHCO) is facilitating the society to understand the draft bill and voice out their views via forums to be held across the country.