The Bitter Truth About Sweet

NHCO / Story of the Month  / The Bitter Truth About Sweet 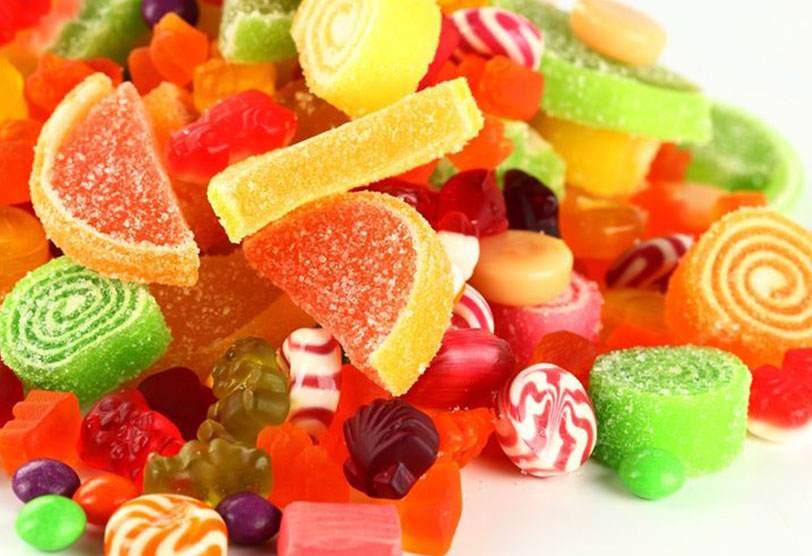 Recent study shows Thais are hooked on sugar, which could lead to long-term health concerns. It’s widely accepted fact that Thailand is a nation whose population truly have a sweet tooth. Considering common dietary guidelines for daily sugar intake, which recommends only four to six teaspoons, each Thai consumes 20 on average.

“Thai people consume way too much sugar, especially from sweet beverages. Even though it is true that sugar is the body’s main source of energy, it does not mean people are recommended to just eat it,” said Asst Prof Wantanee Kriengsinyos, head of the Human Nutrition Division, Mahidol University Institute of Nutrition.

Late last month, the Thai Health Promotion Foundation released its latest study on the consumption of sugar among Thais. According to the study, which was conducted with almost 20,000 people above the age of 15 to those above 60 in 21 provinces, including Bangkok, Thailand did see some improvements in some major health areas such as consumption of alcohol and smoking habits. But despite such a positive change, many Thais were still found to be addicted to sugary drinks. The study also found that children between the ages of 10 and 14 drank more sugary beverages.

This new finding is not just appalling but also puts an accent on the fact that a very large number of Thais find sweetness a truly satisfying palate-pleaser. Thais sprinkle sugar on many edibles they put in their mouth – from the usual coffee and tea to even savoury dishes like pad Thai .Referring to the recently released study, Wantanee said inadequate public awareness on the issue of unbalanced diets is among the factors to blame.

“Thai people have better awareness when it comes to food safety such as diarrhoea and other food-borne diseases because consequences of poor food safety standards can be quite acute and consequently receive lots of attention. But when it comes to nutrition, it takes time to see the impact, meaning if we eat a lot of sugar now, we don’t get fat now.”

The country has also seen a sharp increase in the number of people falling victim to overnutrition – the overconsumption of nutrients and food to the point at which health is adversely affected, added the nutrition expert. Recent statistics from the National Health Commission Office of Thailand also showed that during the past two decades, Thai people’s average weight has doubled. When compared to other Asian countries, Thailand ranks second only after China in the number of women with obesity. People in Bangkok are at higher risk of developing obesity than those in the provinces.

In terms of diabetes, the 2014 figure from the Bureau of Non-Communicable Diseases revealed more than 670,000 cases of diabetes, a painful rise from around 500,000 cases in 2007 and 607,000 in 2010. Also based on health examinations and data collected by the Thai Health Promotion Foundation during the past five to six years, approximately 4 million Thais in total were found to suffer from diabetes.

Poor eating habits – including of course excessive sugar intake – are held responsible for these non-communicable illnesses, said Wantanee. Despite the fact that blood glucose enables blood and brain cells to function, the body should receive it from carbohydrates such as rice, flour and grains instead of pure sugar.

“Carbohydrates are essential because they are converted to glucose and the body runs on glucose. Glucose is a simple sugar [monosaccharide], which is easy to absorb. Pure sugar only benefits when the body does not get any food for so long and therefore pure sugar will quickly rise the sugar level in blood. This, however, should not be a common scenario,” explained Wantanee.

The change in Thailand’s culinary culture is also another driving force behind excessive sugar consumption, she added. In the old days, desserts would only be served on special occasions like religious and celebratory ceremonies. These days, people opt for sweet stuff almost every day, resulting in them being accustomed to the sweet taste and causing a diet imbalance.

“The food industry also creates more availability and accessibility for consumers,” she said. “Thailand is a country where food can be found anytime and anywhere. If people do not realise how important it is to eat properly or cannot control their urge to eat, then they will end up being unhealthy.”

“Imagine you drink a bottle of sweet beverage. You might get energy equal to that from a bowl of noodles. But does the drink make your stomach full? No. Then you still need to eat some other things to keep your hunger at bay. This is how the body receives excessive calories, excessive sugar, which leads to dietary imbalance.”

Natural food also contains sugar too, added the nutritionist, which means consumers should also be vigilant of their food choices. Milk does contain sugar naturally, and so does fruit. Therefore, the consumption of fruits for weight loss is never a recommended recipe.

“Of course, Thailand is a tropical country abound with delicious fruits. But nutritionally speaking, fruit should only be consumed as a snack after mealtime because naturally it contains sugar, some more than others. But this does not mean diabetes patients cannot eat ripe mango, for instance, which is known to be high in sugar. They can but in a restricted portion. Those who do not suffer diabetes and usually eat few vegetables can eat a bit more fruit so that they get fibre from them.”

According to the World Health Organization (WHO)’s guideline for sugar intake released last year for both adults and children, it recommends reducing the intake of free sugars to less than 10% of total energy needs. Free sugars refer to monosaccharides (such as glucose, fructose) and disaccharides (such as sucrose or table sugar) added to foods and drinks by the manufacturer, cook or consumer, and sugars naturally present in honey, syrups, fruit juices and fruit juice concentrates.

“The amount of recommended sugar intake also depends on how much energy is used in a day,” Wantanee explained. “The recommended amount of four teaspoons a day is for small kids. But for adolescents and adults, the number can go up to six teaspoons. And if your daily activities involve labour, you might consume up to eight teaspoons.”

Under normal circumstances, sugar cannot be flushed from the body. It can only be absorbed regardless of the intake amount and be stored in the kidneys in the form of glycogen – the body’s energy bank. Nonetheless, if the kidney fails to function properly resulting in high blood sugar levels, some glucose may spill into the urine. Diabetes is the most common cause of glucose in the urine.

To cure this sugar headache, especially in the long run, Wantanee says collaboration from all sectors involved is key. Schools, parents, the food industry and retailers as well as consumers themselves should first be aware of the consequences of poor eating habits and take any action needed to curb them. While the increase of taxation for sugary beverages has been discussed, Wantanee said that a legal approach alone is not enough to fix this national health agenda.

“Education is paramount,” she suggested. “While the law does its part, we must ensure the availability of affordable healthy food choices for consumers too. One possible way might be the issue of a healthier logo on foods so that customers can see and choose for themselves. This not only shows collaborative efforts from food manufacturers but might also be an effective means to build awareness among people.”

“Some 4 million people were found to suffer from diabetes”