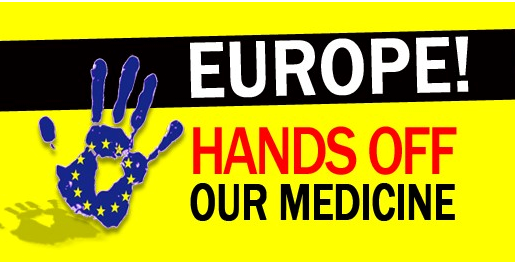 As Thailand is about to discuss its free trade agreement (FTA) with the European Union, the demanded extension of protection for medicine patents and information by five years becomes the most controversial issue.

The Ministry of Public Health disagrees with the Ministry of Commerce that supports the demanded extension of patent protection by five years as that can affect the management on medicines and medical supplies of the country and people’s access to medicines. The National Economic and Social Advisory Council asks free trade negotiators to adhere to TRIPS and warns that the agreement with extended patents in favor of the European Union (EU) is tantamount to favoring all member states of the World Trade Organization (WTO).

A high-ranking source at the Ministry of Commerce said Deputy Prime Minister and Finance Ministry Kittiratt Na-Ranong convened representatives of concerned agencies at Government House on Aug 9, 2012, to discuss stances for the negotiation, especially those in response to demands from the EU. Conclusions from the meeting will be reported to the prime minister.

The meeting addressed the sensitive issues of

1) Alcohol and cigarettes,
2) Intellectual property,
3) Government procurement,
4) Policies on trade competition, and
5) The liberalization of markets for products and services.

Regarding sensitive issues concerning intellectual property that covers medicines and medical supplies, the Ministry of Public Health raised concerns about the demands of the EU for

That resulted from the increasing import of patented medicines and the matter affects government budgets and the sustainability of management on medicines and medical supplies. There are also impacts on the growth and competitiveness of the local drug industry. The production of new generic medicines is delayed and this blocks competition.

Jiraporn Limpananont, a member of the National Economic and Social Advisory Council, said the EU’s demands for the extension of protection for patents and the data exclusivity by at least five years breached the Agreement on Trade-Related Aspects of Intellectual Property Rights (TRIPS) of the member states of the World Trade Organization (WTO). If Thailand agrees with the demands, the agreement will also take effect on other groups of developed nations as Section 4 of the WTO stipulates that intellectual property agreements unconditionally apply to other member states. Although Thailand has not negotiated with the United States and Japan, they will benefit from the Thai-EU free trade agreement. Therefore, academics ask the government to adhere to TRIPS.

“There must be a strong standpoint in the negotiation; otherwise, it will bring about disadvantages not only with the EU but also with all WTO member countries,” said the member of the National Economic and Social Advisory Council.

She also raised a concern about the possibility of a long-term monopoly on medicines.

It will also have direct impacts on the industry of generic medicines. It is known that the drug industry in the country has not been capable of developing new medicines and is thus able to produce only the generic versions of the original medicines, the patents of which are about to expire. The extended data exclusivity will certainly have impacts.

“New medicines, especially those for cancers, are priced at hundreds of thousands of baht or millions of baht. Without generic medicines, these drugs will remain expensive and patients will have problems of accessing them.”

The profit margins of original medicines have been unreasonably large. Some cancer medicines are priced at 30,000 baht. The prices plunge to only 3,000 baht following bargaining under the universal health care scheme. Problems of accessing medicines will grow if the monopoly on drugs continues after the free trade negotiation.

“I am seriously concerned about this negotiation. If the EU’s demands are met, that will cause a financial burden to maintain the national health insurance system. I believe that finally the government will not be able to bear the soaring prices of medicines.

The costs of medicines reach hundreds of billions of baht.

Dr Pison Jongtrakul of the Department of Pharmacology at the Faculty of Medicine, Chulalongkorn University, who campaigns for the rational use of medicines said newly invented medicines were already patent to ensure rewards for those who invested in researches. However, patent protection will expire to pave the way for generic medicines that offer access to general people because medicines are considered as humanitarian products.

A notable example is a lipid-lowering drug called simvastatin.  When it was patent, the medicine was priced at 50-60 baht per pill. When the patent expires and a generic version is produced, its price plunges to only 1-2 baht per pill.

Dr Pison said Thai people were not paying for their medical services because of welfare from the National Health Security Fund, the Social Security Fund and the Civil Servant Medical Benefit Scheme. If patent protection is extended, expenses on medicines will reach hundreds of billions of baht in the future. “Importantly the government should not accept the demand on the patent protection extension because expenses on medicines will rise to hundreds of billions of baht and that will have direct impacts on patients.”

Short-term export benefits must be ignored.

Regarding the Thai-EU FTA negotiation in which the EU demands five extra years for intellectual property protection, he explained that some original medicine was priced at 40-50 baht per pill. When its patents expire, a generic version can be produced to compete. Consequently, the price drops to only 1-2 baht per pill. If the patent protection is extended, that will be the burdens of original medicines. At present, medicines cost Thailand hundreds of billions of baht.

“If the government looks only at short-term export benefits, there will be long-term impacts on local consumers as well as the medical systems and budgets of the country that will have to bear the burdens of the health insurance systems and finally that will backfire on the government,” pharmacist Choengporn said.