Win-win Column: The Health of Thai People Depends on the Director-General of the Department of Agriculture

NHCO / Story of the Month  / Win-win Column: The Health of Thai People Depends on the Director-General of the Department of Agriculture 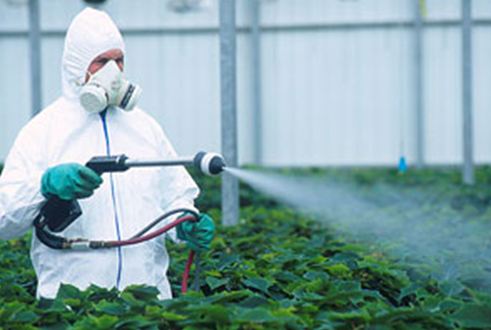 by Pectcharath Kongvichienchep
Story of the Month, 2015
The Department of Agriculture is working out the registration of two extremely hazardous pesticides namely carbofuran and methomyl although many parties are demanding an immediate end to their use. The opponents include the National Health Commission Office, the National Economic and Social Advisory Council, the National Health Assembly, organizations in the civil society, independent organizations for consumer protection and the networks of alternative agriculture.
Many countries already ban the two chemicals. A large number of researches clearly show that carbofuran and methomyl are highly dangerous.
Carbofuranoriginates from the United States. Yet, the US Environmental Protection Agency (EPA) announced that any level of carbofuranresidue in food is unsafe for consumers. Therefore, the US has banned carbofuran since 2006 and revoked carbofurantolerance since 2009.
Long-term studies in the US show that in those who are exposed to carbofuran, the risk of lung cancer doubles and that of diabetes rises by 200-300%.
Consequently many countries have ended the use of carbofuran. They include the US, the European Union, Canada, Australia, Jamaica and Sri Lanka.
Methomyl has highly acute toxicity. Many people use it in crime and suicide. Only a spoonful of the chemical can kill a person within three hours as it causes severe hepatic failure and necrotizing pancreatitis.Prolonged exposure to it has adverse impacts on liver and destroys DNA. Therefore, it poses the risk of many chronic diseases. The chemical also swells and distorts ureters, causes sterilization, kills unborn children and disturbs the functions of the endocrine system.
Many countries thus ban it. They include the United Kingdom, Germany, Finland, Cambodia, Laos, Singapore and Malaysia.
The third edition of the Hazardous Substance Act was promulgated in 2008 and consequently terminated the registration of all agriculture-related hazardous substances including these two chemicals. Past directors-general of the Department of Agriculture including JirakornKosaisevi and DamrongJirasuthas and former ministers supervising the Ministry of Agriculture and Cooperatives like NattawutSaikua and TheeraWongsamutrejected proposals for their registration despite heavy pressures from their manufacturers: DuPont Co and FMC Corp of the United States. It is now the time for present authorities namelyAnantSuwannarat, the director-general of the Department of Agriculture, and Agriculture and Cooperatives Minister PitipongPhuengboon Na Aydhaya to make their decision.
The ban on both chemicals by the Department of Agriculture in the past 4-5 years resulted in the much fewer discovery of their residue. From its random checks in 2012 and 2014, Thai-PAN found that the residue of both chemicals dropped by about 60%. Therefore, it is safer for consumers to eat the vegetables and fruits to which both chemicals are applied.
If living and dead patients of cancer and chronic illnesses were able to voice their stance, they would ask the present authorities – the director-general of the Department of Agriculture and the agriculture minister – to base their decision on the health and life of Thai people.
DuPont and FMC should withdraw their applications for the registration of the two chemicals to prove their good governance. If they do so, they can show off their business ethics.
Author: Assist Prof DrPattaphongKetsomboon PhD, Faculty of Medicine, KhonKaen University
Source: ASTV, Manager Daily on February 24, 2015
Photo source: http://www.rsc.org/
Click the icon to lock. Turn the wheel to scroll. Click anywhere in the background to close this window.
Lorem ipsum dolor sit amet, utinam nusquam alienum cum ei, no maluisset constituam nec. Eam omnium conclusionemque ea, alia partem consequuntur per ut. Ea has viris mandamus patrioque, vim vidit dolore accommodare ne. Purto doctus constituam qui eu, scripta qualisque has ei, id mea solum verear invidunt. Nec vidit bonorum ea, te minimum fierent sadipscing vix.